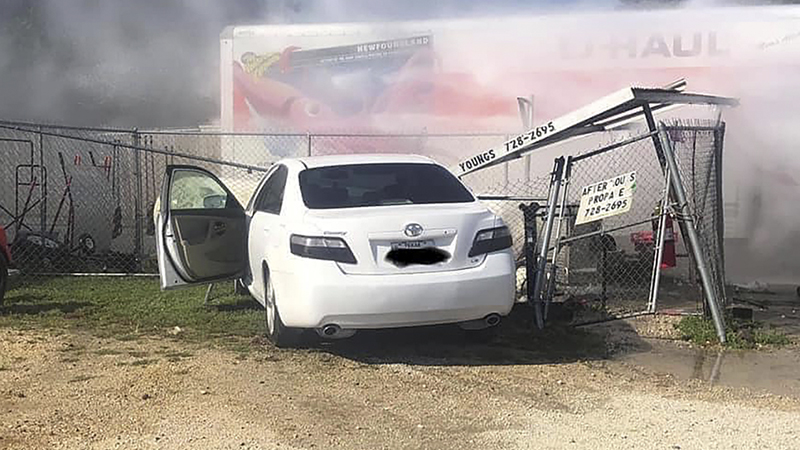 PORT NECHES — A two-vehicle collision in Port Neches that led to one of the cars striking a large propane tank on Sunday remains under investigation.

Port Neches Police Chief Paul Lemoine said a 2005 Ford Crown Victoria was leaving the Hello Food Mart in the 1300 block of Magnolia Avenue when the driver, a 45-year-old male from Vidor, cut across the adjoining parking lot at Sea Ranch Café to enter the roadway.

The Crown Victoria struck a 2007 Toyota Camry driven by a 43-year-old male from Port Neches who had a 27-year-old passenger with him.

The Camry was traveling southbound. The collision caused the driver to lose control and strike a propane tank at Young’s Tobacco Propane & U-Haul in the 1200 block of Magnolia Avenue.

No injuries were reported following the crash, which took place at approximately 8 a.m. Sunday.

Lemoine said no traffic citations were initially issued, but the crash remains under investigation.

The Port Neches Fire Department responded and noted the 1,000-gallon propane tank was damaged during the incident and was leaking. Firefighters began suppressing the flammable vapors with hose lines to minimize the chances of ignition, according to information from PNFD.

Port Arthur Fire Department’s Hazmat Team, along with local propane distributor representatives were called to the scene for assistance. Fire crews worked close to 28 hours to terminate the threat.

“Air quality was monitored in the near by neighborhoods and determined to be within safe ranges. The inert tank was removed by a local distributor once the hazard was eliminated,” according to the PNFD.