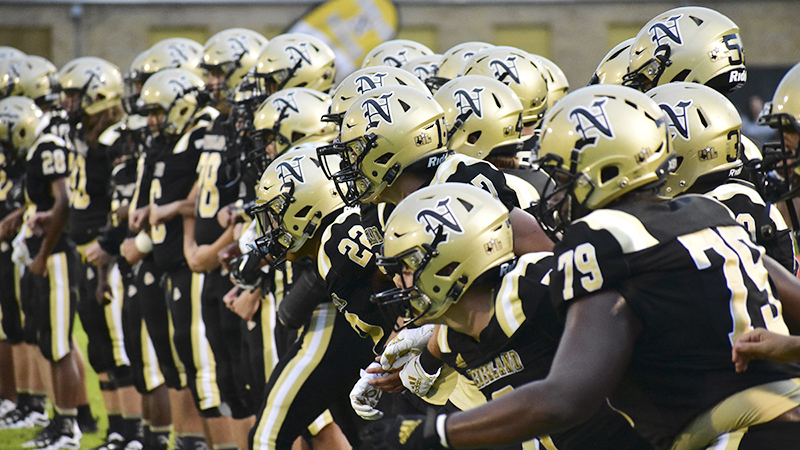 Every Nederland High School athletic team made the playoffs during the 2020-21 school year. That is an impressive feat for any high school during any year.

During a pandemic, it would seem almost impossible.

“It is special for the kids and the year that we all had to be able to accomplish that,” Monte Barrow, Nederland football coach and athletic director, said. “We feel like we have a district that is as competitive as anyone in the state. To be able to get to the playoffs in the districts we are in in every sport is a real big accomplishment.”

Barrow’s team saw first hand how difficult it was to navigate a season during the pandemic. During the non-district portion of its schedule, the Bulldogs football team was forced to cancel their season opener due to an outbreak on the team.

The following game was canceled due to an outbreak on the opposing team, forcing the Bulldogs to find a new opponent on short notice.

Despite the rocky start, Barrow led the Bulldogs to a share of the district title and to the third round of the playoffs.

Team sports weren’t the only area of athletics to thrive in Nederland this school year. Junior Megan Do had quite the impressive showing for the tennis team.

Do made it all the way to the state finals before walking away with a silver metal.

“You hear coaches talk all over about having the next-man-up mentality,” Barrow said. “This year, I think a lot of people had to deal with that. The teams with the athletes that were ready found a way. A lot of kids that didn’t expect to play Week 1 were playing Week 3. That is a real character builder and confidence builder for them.”

Hats off to coaches for following protocol as well as one can expect for getting teens to follow any rules.

That being said, one has to give credit to the student athletes. They were able to stay healthy, stay ready and perform. Last year’s junior class had to be unsure whether or not they would play their senior season after watching their junior year end prematurely.

Not only did they get to have a senior athletic year, each one that participated was able to play at least one more game than what was on the schedule at the start of the year.

Sports, at any level, are about one’s ability to overcome adversity. In a school year with more adversity than anyone ever wanted, Nederland was able to overcome it in every single sport. Congratulations to every coach and every player who had a hand in the uniquely successful season.