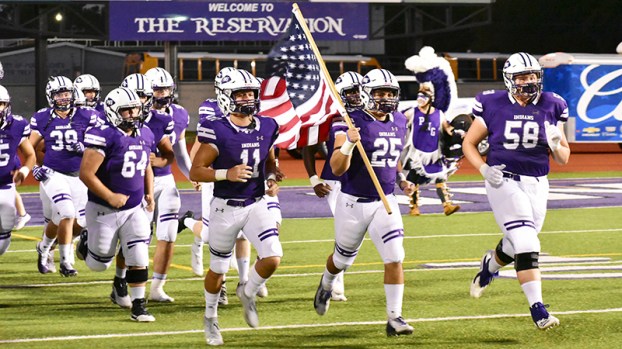 PORT NECHES — The Port Neches-Groves Indians now know who they are playing in the 2021 football season after the athletic department released the schedule for the fall sport this week.

Fans anxious to pack The Reservation will not have to wait long. PNG kicks off its non-district schedule with two home games against Jasper and Beaumont United, respectively. PNG plays its final non-district game against Tomball.

Last year featured two close games for the Indians and BU and Tomball. The Indians split the games, which were decided by a combined six points.

“It’s always exciting to put the schedule out there,” Head Coach Brandon Faircloth said. “I’m always excited about the season and getting to see our players compete and watch their hard work pay off. We still have a long way to go. We have to have a great summer and a great month of August with two-a-days.”

Faircloth is looking forward to the first home game in front of a packed stadium.

“That is what makes PNG so special,” he said. “We have a packed crowd on Friday nights. Last year, we weren’t able to do that, but I am excited to get back with the fans this year. That is what PNG is all about.”

PNG’s first district game will be against Mid-County Madness rival Nederland at The Reservation. This will be the second consecutive season the two teams clashed during the first week of district play. The Indians came away with a last-second win over the Bulldogs in 2020.

Last season, the Indians had three losses with a combined score of 168-68 to Barbers Hill, Texas City and Crosby. In the fall, PNG will play all of those teams at The Reservation.

PNG made the playoffs as the fourth seed, before losing to Fort Bend Marshall 21-14 in the opening round.

The road to the 2021 season begins June 7 as PNG begins summer workouts.

Home games are in bold.

NEDERLAND — After years of fishing separately, lifelong friends Logan Williams and Zach Garsea decided to team up and are... read more