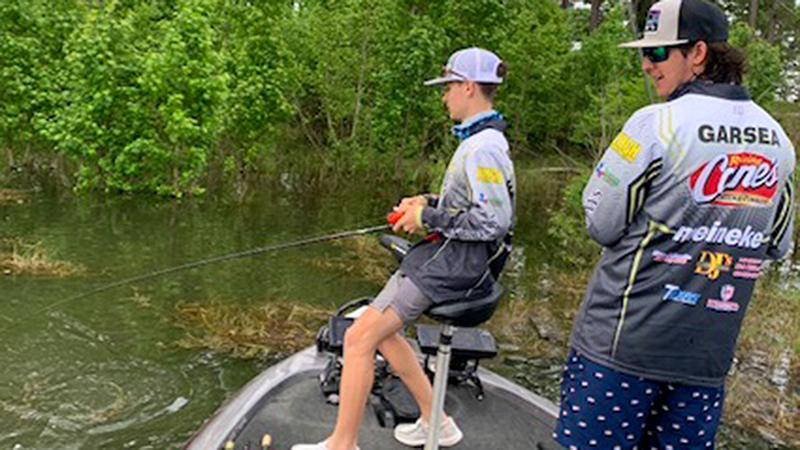 NEDERLAND — After years of fishing separately, lifelong friends Logan Williams and Zach Garsea decided to team up and are state bound for the Nederland High School fishing team.

“I’m pretty sure we have talked about it over the past four years,” Garsea said. “It never worked out. This year, we went for it, and we are heading to state.”

The team finished with a ranking of 5th in the Texas High School Elite Anglers. The duo will compete in the state competition June 5-21.

Williams has won 10 scholarships along with Angler of the year in Nederland.

Zach has a combined 4 scholarship wins.

Williams said he is grateful for the school’s fishing team because of the opportunities it has afforded him.

“It has really shown me how far fishing can take somebody that really applies themselves to it,” he said.

Williams’ dad, Jason Williams, coaches the team. The father and son combo appreciate the extra time they have been able to spend together during Logan’s and Garsea’s senior years.

“When he started fishing his freshman year, I was really excited,” Jason Williams said. “I, at the time, had been spending a lot of time on the water. A lot of people don’t understand, but we spend hours prepping for a tournament. You don’t just go up and land on them. You have to know where they are at.” 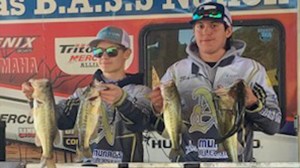 Jason Williams credits his son and Garsea with learning how to find where fish are by looking at maps and reading forecasts.

Logan Williams said having Garsea as a teammate has made him a better angler.

“Whenever you get there and you aren’t exactly sure how they are going to bite, we use two different baits until we figure it out,” Logan Williams said. “We are both very competitive people. When we see each other doing good, it pushes us a bit.”

Garsea said the biggest fish he ever caught was a 5-lbs bass last year.

“I was pretty excited,” Garsea said. “It was pretty early in the morning in the summer time. I was just having fun. We went out fishing. I was half asleep and when I saw it break the water, I was wide awake after that.”

Jason Williams said the memories are more important than the accolades.

“The worst tournament we had was one of the best trips,” he said. “There was togetherness, laughs and memories. The stuff that happens on and off the water and the little things that you are not expecting make it fun. The hotel room being a slap in the face was funny. That whole trip was a blast and we curse that lake every time we think about it.”

The team qualified for State and will be fishing at Lake Belton to try and qualify for Nationals on Lake Chickamauga in Tennessee in Bass Nation, which will take place at the end of July and be aired on ESPN.
The boys have qualified for World Open on Lake Hartwell in South Carolina and have an opportunity to fish Nationals in the MLF High School Anglers, which runs from June 30 – July 3.