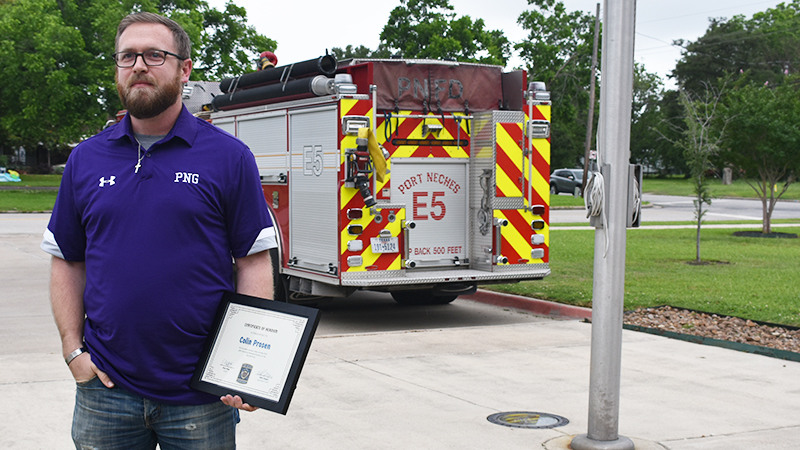 PORT NECHES — Colin Prosen’s years as a lifeguard working at the Groves Swimming Pool kicked into gear earlier this month, enabling him to save the lives of two boaters.

On May 10, Prosen and a student were fishing in the Neches River when he saw a man and wife at the boat ramp. The couple’s boat began to drift away and they fell out.

The woman got to safety, but the man tried to retrieve his boat. However, the closer he got the further the boat drifted. Prosen, a former lifeguard, jumped in and swam back with the man. 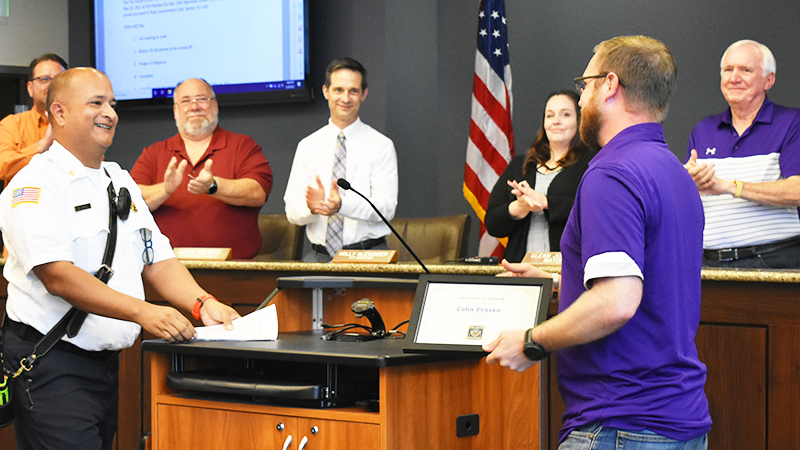 “He told me if I had not jumped in he could only go five or 10 feet more,” Prosen said.

For his lifesaving work, the Port Neches City Council honored him Thursday with a Certificate of Heroism.

Prosen, who just happens to be a soccer coach Port Neches-Groves High School, said he felt proud to have received the certificate but didn’t really feel he deserved it.

In fact, he hoped news of the lifesaving event would slide by without him receiving any recognition.

Port Neches Fire Chief Eloy Vega, who was receiving a proclamation Thursday declaring the month of May 2021 as National Water Safety Month, highlighted Prosen during his presentation.

“The water is very beautiful but at the same time it can be dangerous. Mr. Prosen risked life and limb on May 10 when two boaters went into the Neches River,” Vega said. “He happened to be in the area, and he saved both of their lives. Had it not been for him and his efforts, and his training as a lifeguard, those individuals would not be here today.”

Prosen offered a few words of advice, saying “if you see someone in trouble do the right thing and help out.” 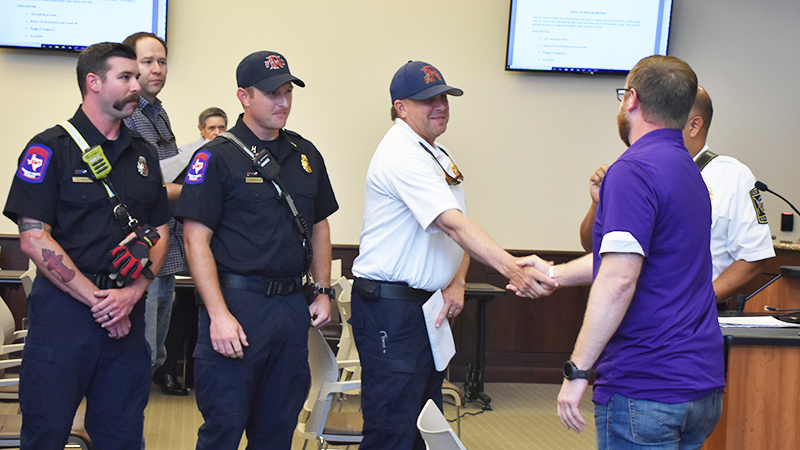