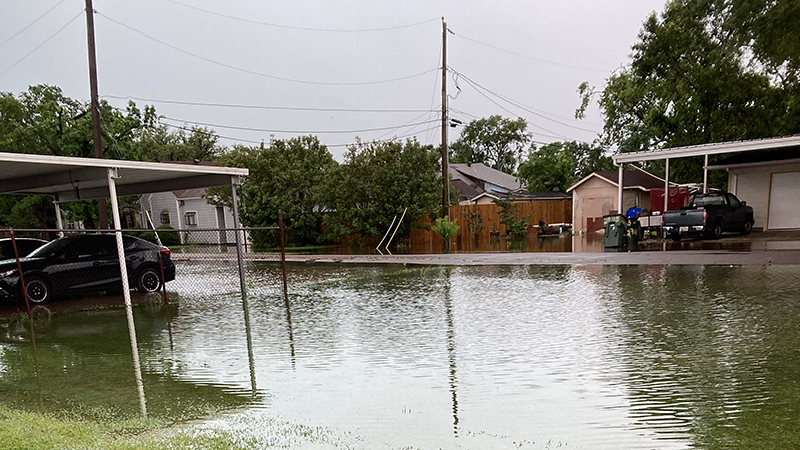 Port Arthur and Mid County have sustained more than 11 inches of rainfall since late Sunday night, and more bad weather is forecast Wednesday and Thursday.

As of 6:45 a.m. Tuesday, National Weather Service meteorologist Alex Donato said there are showers forming along the Texas coast that are heading toward southern Jefferson County.

“It will probably start raining fairly soon,” he said. “As for the remainder of (Tuesday), the area is supposed to be in a marginal risk of severe weather, but the main threat is going to be the potential for flooding, especially over the next couple of days.”

“It is possible flooding will be a problem,” he said. “The area is under a flash flood advisory, as well. That would be from now until Thursday evening.

“The worst would probably be on Wednesday, but we are also expecting some on Thursday, as well.”

Donato said parts of Lake Charles have tallied 15 inches of rain since Sunday, adding in the Port Arthur area, there have been reports of up to 11.1 inches of rain.

According to Donato, Port Arthur is an area known for getting “quite a lot of rain” and that history coupled with severe weather season and strong storms with frontal systems reinforces the situation and makes things worse.

Read here to see where to pickup sandbags in Jefferson County.