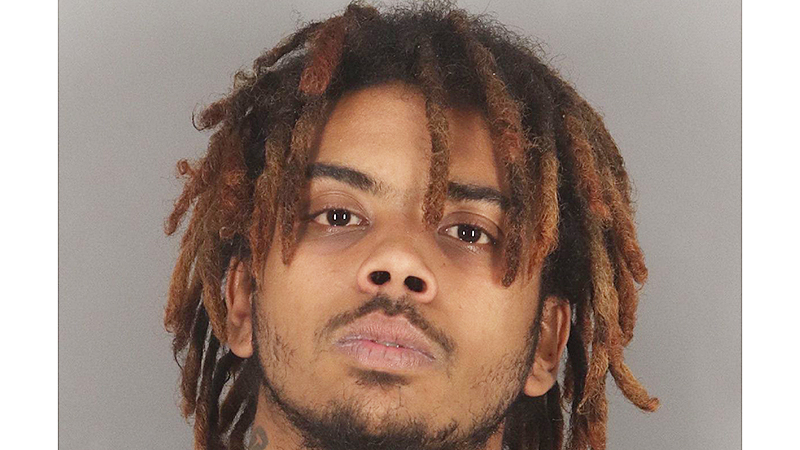 A Port Arthur man who, in 2019, reportedly led law enforcement on a high speed chase from Orange County and ending in a crash in Beaumont was indicted this week.

A Jefferson County grand jury indicted Raquan Lee Mickens, 22, of Port Arthur on a charge of evading arrest/detention use of a vehicle for the Oct. 13, 2019, incident.

According to the arrest warrant, a Texas Department of Public Safety trooper was on patrol near Rose City on Interstate 10 in Orange County when he reportedly saw a small silver car drive by, the speed was allegedly shown to be 105 mph.

The trooper caught up to the vehicle as it neared the Neches River Bridge and sped up to 127 mph. The vehicle swerved hard as the trooper tried to initiate a traffic stop, went back and forth across multiple lanes of travel then took Exit 855A to downtown Beaumont.

While taking the exit the driver reportedly lost control and crashed into A bridge wall going 95 mph, the document read.

The car then sped through the streets of downtown Beaumont, drove to the back side of the city’s civic center parking lot and back to Orleans and continued south toward the Beaumont Police Department headquarters.

The car, identified as a 2006 Hyundai Sonata 4-door sedan, turned to the dead end at the corner of College Street and Orleans and crashed into a brick wall and fence that protects the Beaumont City Utilities water pump system.

The single occupant of the car reportedly stepped out and surrendered to police and was arrested. The trooper said he noticed an odor of an alcoholic beverage on or about the driver, identified as Mickens, while in the patrol vehicle.

The Port Arthur man reportedly had a bad right knee and was unable to perform the physical portions of the sobriety tests. The trooper gave other sobriety tests and the man was found to be intoxicated by a combination of an alcoholic beverage and marijuana, police said.

In addition, an unknown yellow liquid suspected to be promethazine was located in the vehicle.

Mickens was medically cleared at Baptist Hospital and brought to the Jefferson County Correctional facility where he was charged with evading arrest with a vehicle and driving while intoxicated, first offense.