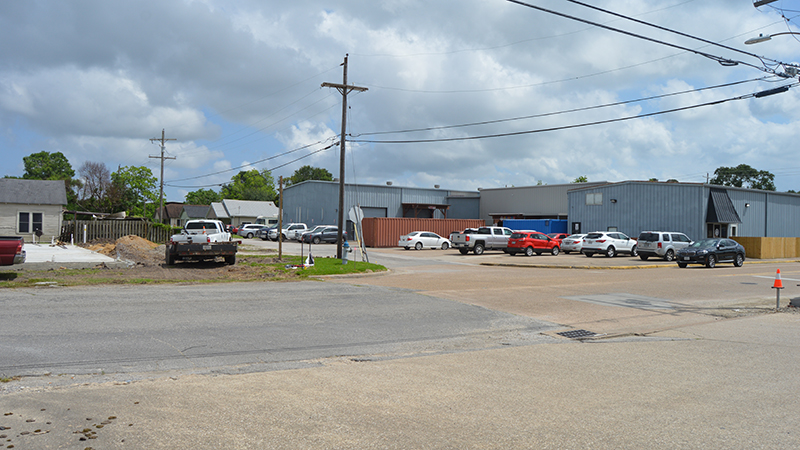 Tees2urdoor and Imprint Studios is expanding with new construction on the corner, left, of Helena Avenue and 11th Street in Nederland. (Stephen Hemelt/The News)

NEDERLAND — Don’t underestimate the economic power of a T-shirt.

In fact, Maccie Varnado said a behind-the-scenes quote for her business is, “The T-shirt is king.”

“It’s been king for 20 years, and I would think it is going to be king for a lot longer than that,” Varnado said.

Varnado and her husband Lloyd own Tees2urdoor and Imprint Studios, which operate a boutique at 1166 Boston Ave. and an Internet production and mailing business at the corner of Helena Avenue and 11th Street in Nederland.

The Nederland City Council approved a $65,000 Nederland Economic Development Corporation incentive this week for Imprint Studios to construct an addition to its production efforts. This comes with an 18-month monitoring period.

City Manager Chris Duque said initial plans have been submitted to the building official about layout, and he has already given back notes.

“That one is moving forward, and the EDC is giving them an incentive to get that rolling forward,” Duque said.

Located at Helena Avenue and 11th Street and dubbed “Building Four,” the facility will boast nearly 8,000 square feet over a single-story layout. Constriction should be complete by July. 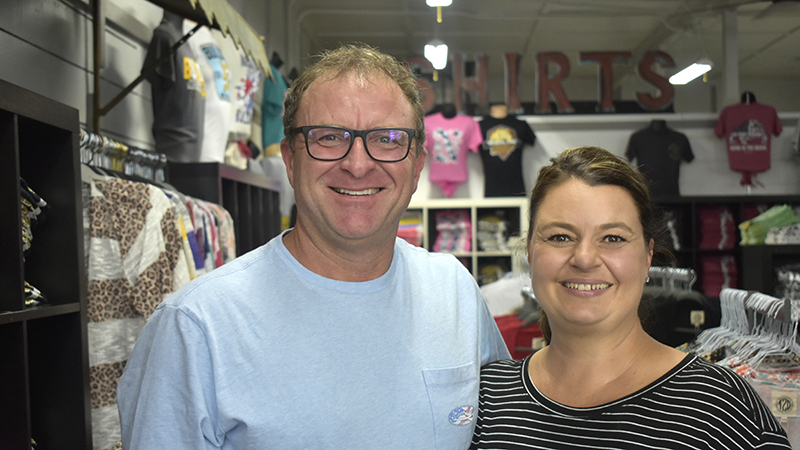 Lloyd Varnado and Maccie Varnado spent more than a decade hoping to expand their business, Tees2urdoor, and opened a new location at 1166 Boston Ave. in Nederland in 2019. (Stephen Hemelt/The News)

The Boston Avenue boutique location opened in July of 2019 and a consistent increase in business requires more space.

Tees2urdoor supplemented its in-store sales with a fully functional website six years ago, allowing the company to shift into high gear. Varnado said the operation now has three production buildings, with Building 3 serving as the manufacturing center for all the goods.

“We need more warehouse space where we actually pull, ship and verify orders,” she said. “That is what Building 4 will be. We are going to have a little bit taller racking system in there. Our current warehouses are all two stories, and that is tough going up and down the stairs, so we did this one a little different. The racks are higher so we’ll have forklifts that are able to reach the top racks. We’ll do packing and pulling over there.”

According to Varnado, Tees2urdoor has been fortunate to see its business grow.

The operation rents more than 6,000 square feet from Central Mall for storage, but the need for more has led to Building Four’s construction.

Varnado said the building must be finished this summer to serve the company’s busiest season, which takes place at the end of the year.

Recruiting and maintaining new and quality employees is also a challenge, and Tees2urdoor is using a temp service to meet demand.

Despite the growth, Varnado said Tees2urdoor likes to remain “under the radar” when it comes to its growing footprint.

“Most people walk into our business and are like, ‘oh wow, you really do all of that here?’” she said. “We really pride ourselves on doing a lot of the production, a lot of the embellishing. We do our own packaging. We are able to control the cost, cut the middle man out and pass those savings on to our customers. They love that.”

The T-shirt quality and power of online sales has created loyal customers across the nation.

Tees2urdoor produces cardigans, leggings and so much more, but many people come back for the T-shirts.

“It’s easy,” Varnado said. “Everyone knows their T-shirt size. Sometimes it is a little scary to buy something online, but if you know your T-shirt size, that’s pretty much what you wear all the time. That is what we base everything off of.” 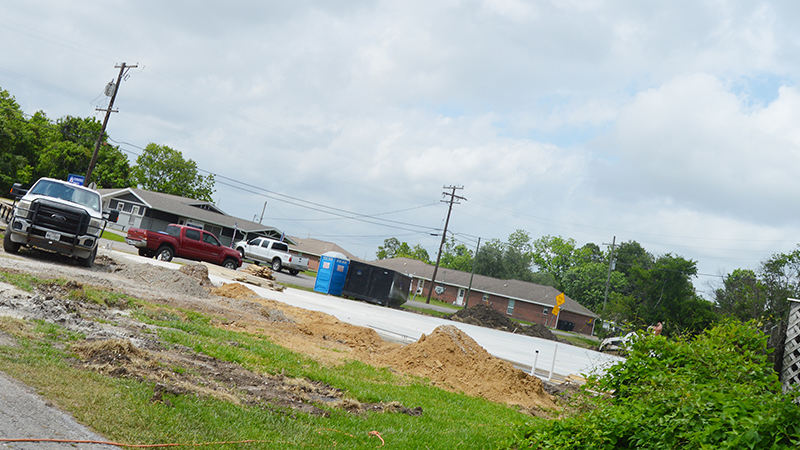 A new building is planned for this site in Nederland to help meet the needs of Tees2urdoor and Imprint Studios. (Stephen Hemelt/The News)