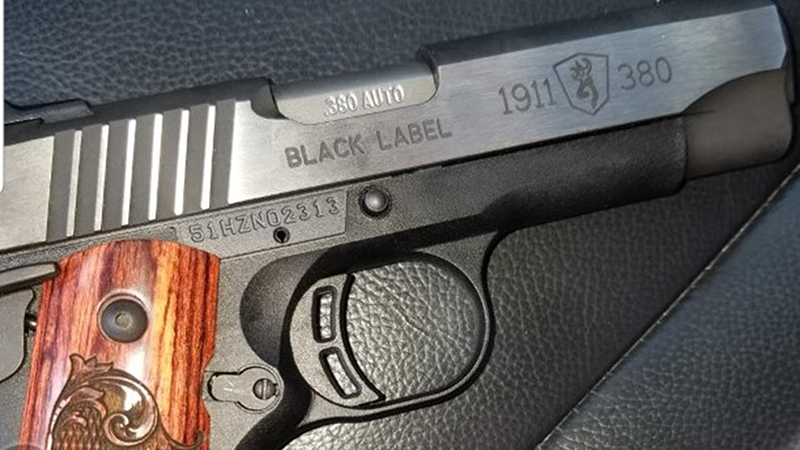 A bill that would allow Texans to carry handguns without a permit is getting closer to becoming a reality.

Some local law enforcement officials aren’t seeing this as a problem when speaking of law-abiding residents, though there are still unknowns with the bill.

“I haven’t fully decided if it’s a good idea of not,” Porter said. “People can carry guns in vehicles already without a permit and we don’t normally have any issues with law-abiding citizens who carry in their vehicle. We will have to wait and see how it plays out in the legislature.”

The current law, which went into effect on Jan. 1, 2016, allows for individuals with a concealed handgun license to openly carry handguns in either a shoulder holster or belt holster. Requirements for the license include being at least 21 years old, have clean criminal and psychological records, complete a training course and pass a shooting test.

The issue also comes down to a person’s rights.

Port Neches Police Chief Paul Lemoine said the new law, if passed, is not that much different that the current one. It does not change who can buy or possess a handgun or where a person can carry a firearm. The only thing that does change is allowing a person to display the gun in public without a permit.

Lemoine hasn’t seen all of the amendments to the bill so he doesn’t know if there is an education or safety component attached, he said.

And if the bill makes it to law it doesn’t mean the city and state will be like the “wild, wild west,” he said.

As for law enforcement safety in today’s social climate, again nothing will change if the bill becomes law, he said.

Lemoine was asked the same question back in the late 1980s regarding people traveling with a weapon, he said. But officers always assumed a person was armed with a weapon until they determined otherwise.

“Then again, if somebody is wanting to harm us or whatever and create harm, this (bill) has nothing to do with whether they’re going to carry or not. This has nothing to do with us,” he said. “Now, will there be an occasion where somebody doesn’t have any training and legally able to carry a gun, are they going to overreact and pull their gun and shoot somebody? Probably not. Most people don’t have the wherewithal to even pull it (gun) in the first place. Just because you’ve got it doesn’t empower you.”

Even for those who have had the training or practice, you never know if they have a firearm, he added.

“I just don’t think we’re going to see anything,” he said.

The Texas House has approved the bill that would allow handguns to be carried without a permit. It’s a win for gun rights activists who have for years pushed the measure, but a blow to El Paso Democrats who have been fighting for gun safety measures since the 2019 massacre in their hometown, according to the Texas Tribune.

Texas House and Texas Senate have both approved the legislation, although the latter included conditions. If the two parties reach an agreement, the bill will move to Gov. Greg Abbott’s office to be signed into law.