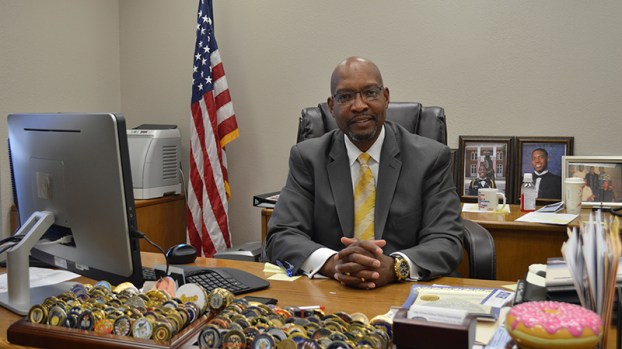 Former Port Arthur Police Chief Patrick Melvin, who resigned in 2018, is one of 34 applicants for the police chief job in Columbus, Ohio. (File photo)

Former Port Arthur Police Chief Patrick Melvin, who resigned his post in less than two years amid controversy, is seeking the top spot at a department in Ohio.

According to an ABC news affiliate in Ohio, Melvin is one of 34 applicants for the police chief job in Columbus. Monday was the closing date for applications in a national search conducted by the firm Ralph Anderson and Associates.

In January, Columbus Mayor Andrew Ginther announced the current police chief Thomas Quinlan would not remain in his role as he “could not successfully implement the reform and change I expect and that the community demands,” Ginther said in the ABC6 article.

Melvin is currently working as an administrator with the Maricopa County Sheriff’s Office in Arizona.

He was tapped to lead the Port Arthur department in September 2016 after the retirement of longtime Chief Mark Blanton.

Controversy swirled around Melvin in 2017 when members of the Port Arthur Police Union issued a vote of no confidence against him, alleging Melvin was the reason about 25 officers left the department and also finding fault in his leadership for other reasons.

In late 2017, Melvin was named one of six finalists for the police commissioner job in St. Louis, Missouri. The job went to John Hayden of St. Louis.

Also, during his time with the city, an investigation into police wrongdoings led to the firing of several officers, most of which were either reinstated following litigation.

Melvin served with Salt River Police Department in Salt River Pima Maricopa Indian Community in Arizona for just over four years and as chief of police in Maricopa, Arizona for five years.