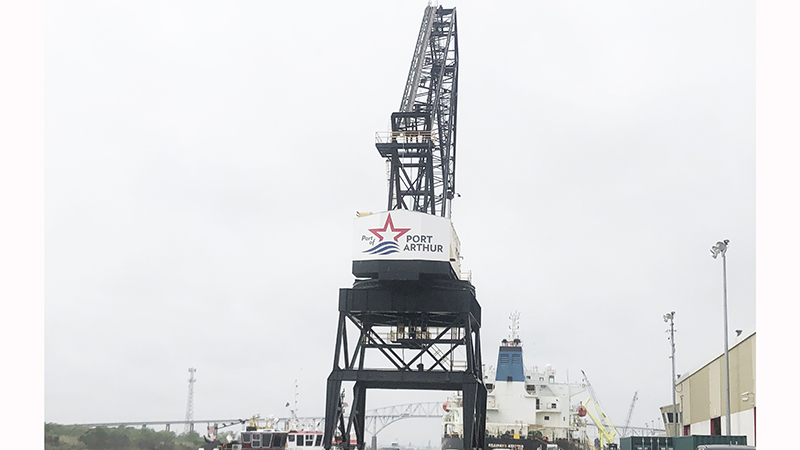 The Texas coast near Port Arthur will see upgrades in the near future, according several city leaders who met at the Port of Port Arthur Tuesday morning.

“It is a very much needed resource,” Cowart said. “We have several thousand oil and gas platforms removed from the upper coast, which really built the artificial reef program that we had that the local fishery and, really, the local marine environment took advantage of. Those platforms are now gone, so we lost all of that habitat.”

The authority will create a 160-acre reef just off of Sabine Pass,” Cowart said.

“It will be in state waters and it will be one of the largest reefs in the area. It is a high point to make Sabine Pass and the whole area an attraction for fishing and other recreational uses. It is one of the first. We have three more that we are looking to permit. It will be a huge enhancement to attraction to the area.”

Cowart said the recreational use for Jetty Road increased substantially after the city and county made repairs last year.

“Now, we are seeing a lot of public interest over there,” Cowart said. “There is a lot of discussion on how to go forward. There is still a lot to come, moving forward…Our infrastructure (in Sabine Pass) is not where it needs to be to attract new business and enhance our profile down there. We are in constant communication with Ron Burton and they are listening.”

“(On Tuesday), we have four vessels that will be in,” he said. “We have two from South America, one from Europe and another is an export of low-sulfur diesel. The majority of our products are wood pulp. That is what goes into making toilet tissue. We are diversifying our cargo. We have five wood pulp producers coming into the port. It is really doing well.”

Theriot said the Berth 5 expansion is slated to finish in July.

“Once that is completed, we will start Berth 6, which will take us to the bridge, which will be another 1,000 feet,” he said. “It is a slow process but we are growing. We are expanding our portfolio as far as buildings. We are buying some properties. Some of the buildings, we will restore and put tenants in. We have two new buildings that we think will be good on Houston Avenue.”