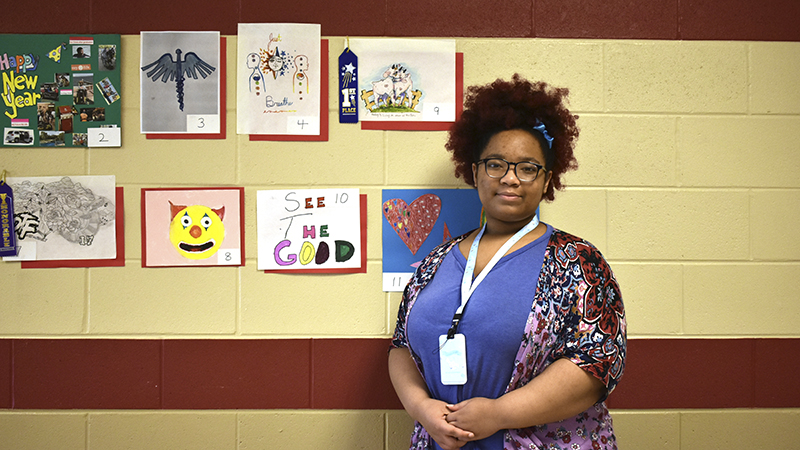 Healing is not always about wounds and pain; it can be what happens after the wounds heal.

Memorial High School junior Autumn Palmer used this thought as inspiration for her first place-winning artwork, which depicts two young goats with visible wounds consoling one another. The words “Healing is Living on after all the Pain” are penned beneath the artwork. 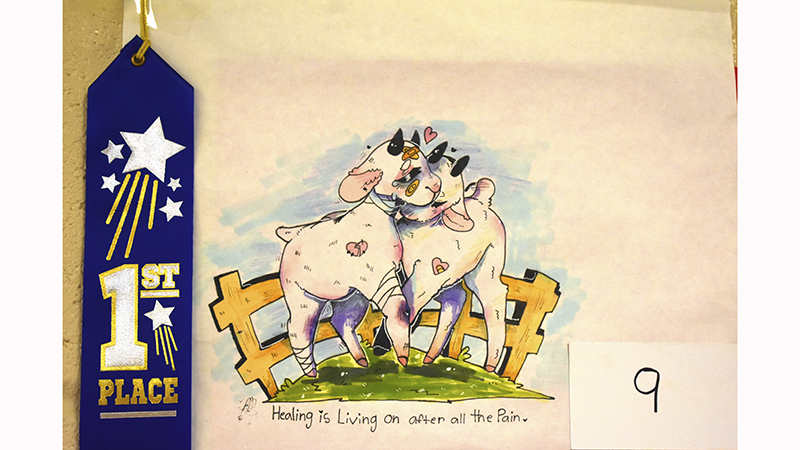 “How healing actually works is not all blisters and pain. Maybe it’s what happens after the wounds heal. You heal and go on after,” Palmer said. “No matter what trauma you go through or what pain and strife.”

Palmer said the artwork took a while to design because she wanted something to portray the warmth and humbleness of living on behind the pain.

Art teacher James Harper became sponsor of the Art Club eight years ago with a core group of students that were “on fire to promote Memorial and all areas of visual arts,” he said.

The group grew each year, and this year there were 38 entries.

Harper was sitting at his desk when the idea of this year’s theme came to him. God, he said, was the reason.

“I was sitting at my desk minding my own business. I was IN conference period,” Harper said, adding he saw images of sad, broken people. “God keeps saying “art, art” and I said to God, ‘I have too much on my plate,’ as if God doesn’t know.”

That’s when Harper spoke with another instructor who helped in the process of healing art.

This theme isn’t new to the school as there is a large annual project centering on healing art, he said.

A wall near Harper’s room features examples of neurographic art, which was begun by another teacher at the school. 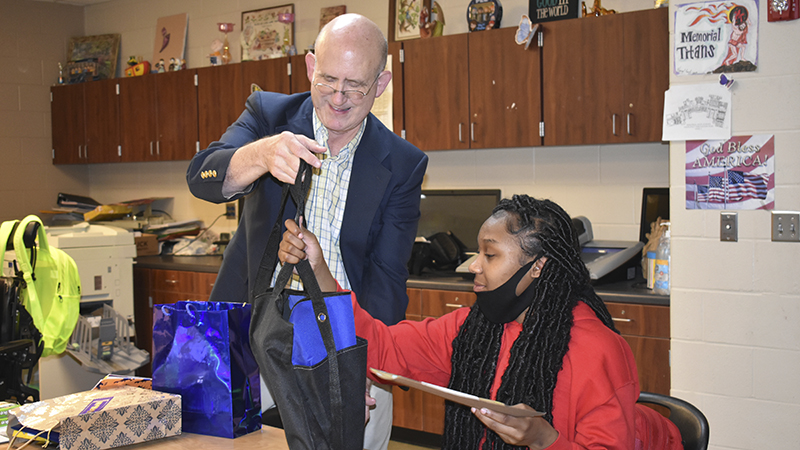 Palmer plans to continue her artwork after high school.

“I want to go to an art school for graphic design and hopefully go deeper in my art and find some career to work with it,” she said.