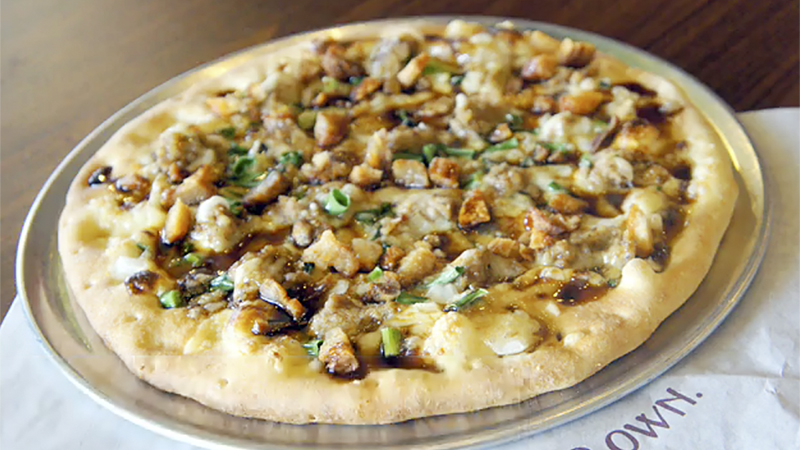 GROVES — Groves is set to see a new take on gourmet pizza in the coming months.

With Pizza Artista, you can get a Cajun-inspired pizza topped with smoked meats such as Andouille sausage and Tasso with spicy sauce. Or you can take on the Boucherie with boudain, smoked Cajun sausage and cheeses that are drizzled with Stein’s Syrup.

Plus there’s the barbecue chicken pizza or the Fig-N-Awesome pizza made with three cheeses, figs, bacon and Tasso drizzled with Stein’s Syrup.

The new restaurant is under construction and will open at 3814 Main Ave. in Groves in June or July.

Geisel has long been associated with another pizza business and wanted to step out on his own, and now he has. 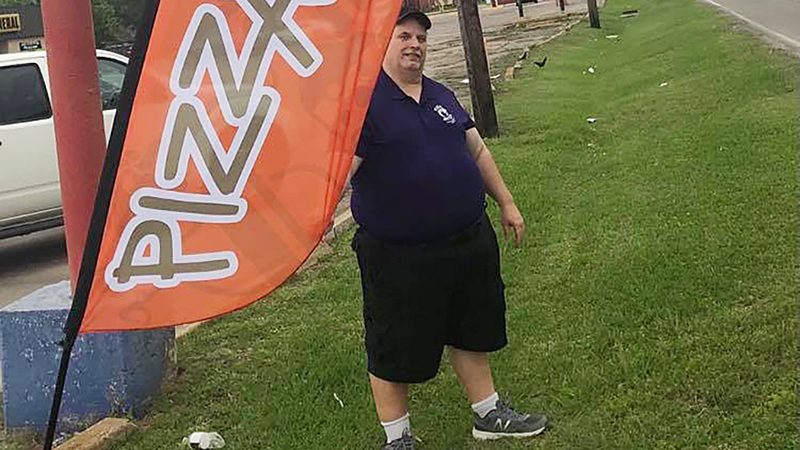 George Geisel stands outside the site of his new restaurant, which will be located at 3814 Main Ave. in Groves by July.

Scott McClaskey, CEO of Pizza Artista, said the company was born in Louisiana in 2015, but he has been in the restaurant pizza business for more than 30 years.

“We decided to create something special in the industry that would be recognized for being able to deliver a world class product with world class service,” McClaskey said.

McClaskey said Pizza Artista was recognized as one of the top 10 restaurants in Louisiana in 2018. Tens of thousands of restaurants are considered for the award, which is earned by fewer than 1-percent of restaurants nationally and they were ranked in the top 3 in 2019 of Pizza Places in Lafayette, according to McClaskey.

“We are pretty excited to come to Groves,” McClaskey said. “And not just Groves but the surrounding area.”

Groves will be Pizza Artista’s first location in Texas followed by a restaurant in The Woodlands.

“Texas is a great state, is business friendly and definitely resonates with us and how we feel about business,” McClaskey said. “We know it’s a great market and it’s close to where we are in Louisiana. We know Southeast Texans love Cajun food.”

Geisel is preparing for the new restaurant, which will be dine-in and take-out and include a drive-thru.

As a Christian, Geisel recently held a prayer meeting at the restaurant location, where a number of people came to offer prayers, including the Rev. James Lee, Tammie Lee and Steve Belrose of Landmark United Pentecostal Church, Elizabeth Cravens and Javier Gonzalez of Mid-America Contractors, George and Debbie Geisel and Rev. Michael Halliburton and Tina Halliburton of New Covenant Port Arthur. 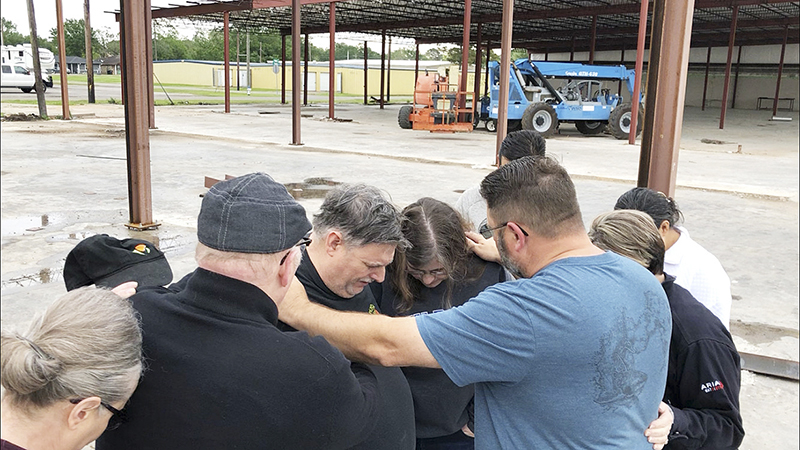 George Geisel, center, is surrounded by supporters as they hold a prayer meeting at the site of his new restaurant.
(Courtesy photo)