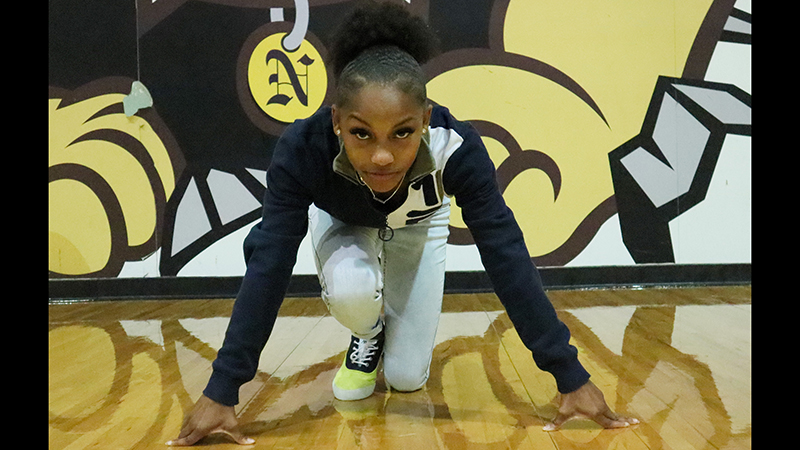 NEDERLAND — Nederland junior Ke’Asia Hall will join several of her peers at the regional track and field meet this weekend with a shot at going to state.

Nederland track coach Allie Crommett said Hall is one of the best track athletes she has seen in her five years over the program.

“From track standpoint, we haven’t had someone that is a versatile as her,” Crommett said. “We can throw her in the 4×400 or the open quarter and she could probably run a 60. She is just that good of an athlete and she is competitive.”

Hall, who was a dual-sport athlete, dropped basketball to focus on track.

“I love track,” she said. “I have been running track since I was in the fourth grade.”

“I feel like I have performed really well,” Hall said. “I’m kind of hard on myself, so I feel like I can do way better.”

“She has to understand that we are going in for personal bests,” the coach said. “We try to get her to realize that she has to compete against herself and not everyone else.”

Hall said the triple jump is her best event.

“I really work hard at that,” she said. “With the coach I have, she makes sure I get it right.”

“Being on a relay with three freshmen, (Hall) has helped a lot by making sure they stay calm in big competitions like the one we have coming up with regionals,” Crommett said. “Everyone is fast, especially in our region. We’ve had a few in the past, where handoffs will come in and everyone is in front of us and they will take off with them. She helps keep them level.”

Hall said this season has been the best of her career.

“I think this season is going to be very memorable to me,” she said. “I went through a lot this year. I didn’t know I was going to come on top like I did. I ended up doing well, with God’s grace. It is definitely something to remember.”

Crommett believes Hall has plenty more to look forward to in the near future.

“She came back this season a little out of shape from an endurance standpoint,” Crommett said of Hall. “We tried to work it to where we don’t let her do five events in one meet until she has to. She now knows that if she doesn’t come back in shape, she won’t be where she needs to be. For her to accomplish so much in her junior year, next year she is going to see how many more of her own records she can break.”

Meet the Memorial sprinters focused on being the state’s…