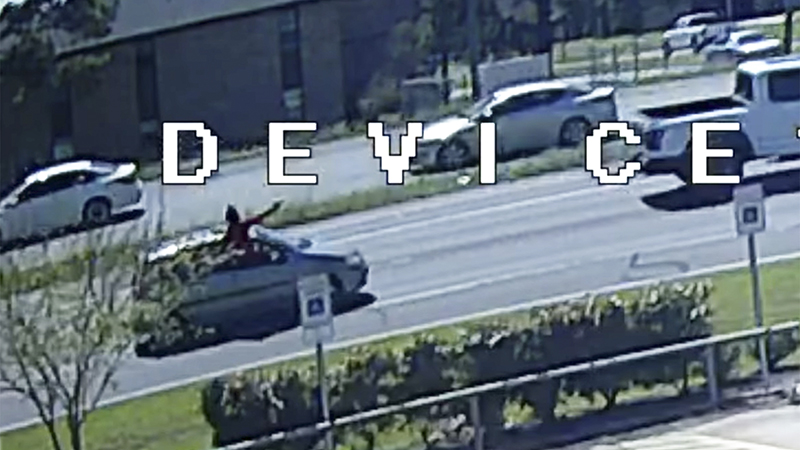 A still picture from video released by Port Arthur Police showing an April 8 shooting on Twin City Highway. (Courtesy of the PAPD)

A car believed to be involved in a daytime shooting in Port Arthur was located in the north end of Beaumont this week.

Beaumont police stopped the car for a traffic violation and the driver was ticketed for no driver’s license, according to the Port Arthur Police Department.

The driver is not believed to be involved in the Port Arthur shooting, authorities said.

No arrests have been made in the April 8 shooting in which surveillance video released by the Port Arthur Police Department showed a gray or light blue small hatchback car following behind another car in the 7500 block of Twin City Highway at approximately 2:36 p.m. 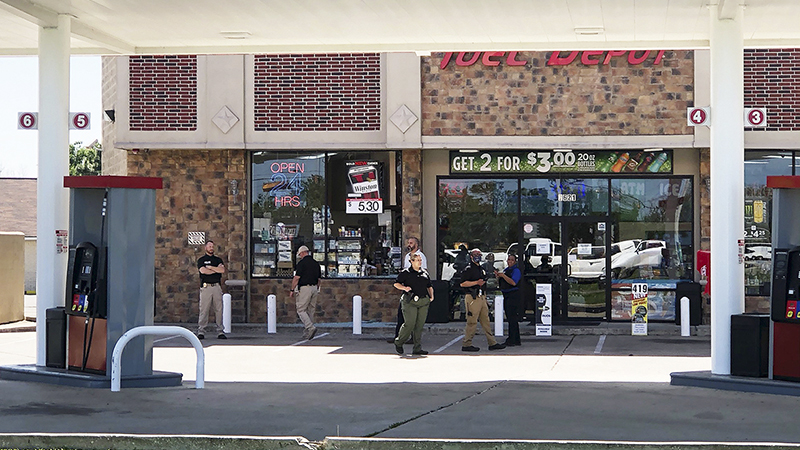 Port Arthur Police stand outside a convenience store following a shooting on the afternoon of April 8. (Monique Batson/The News)

A person is seen propping himself out of a moving vehicle on the passenger side and shooting over his own vehicle toward another car that came to a stop in the left turning lane going from Twin City Highway to Jimmy Johnson Boulevard.

During this time other traffic can be seen traveling in close proximity to the shooter.

The suspect vehicle and victim’s vehicle were pointed northbound at the time of the shooting.

It appears from the video that the shooter fired multiple times in broad daylight at the victim’s vehicle.

The driver of the other vehicle, identified as a 29-year-old Port Arthur man, sustained a gunshot wound and was brought to a local hospital for treatment. He was last listed in stable condition.

There were no passengers in the vehicle with the victim, Chief Tim Duriso said.

PAPD is asking for the public’s help identifying the suspect or if they have any other information on this crime, call Port Arthur Police at 409-983-8600 or Crime Stoppers of SETX at 409-833-TIPS (8477). You won’t be asked your name and may be eligible for a CASH reward.

You can also make an anonymous tip to Crime Stoppers by downloading the P3 Tips app on your smartphone.