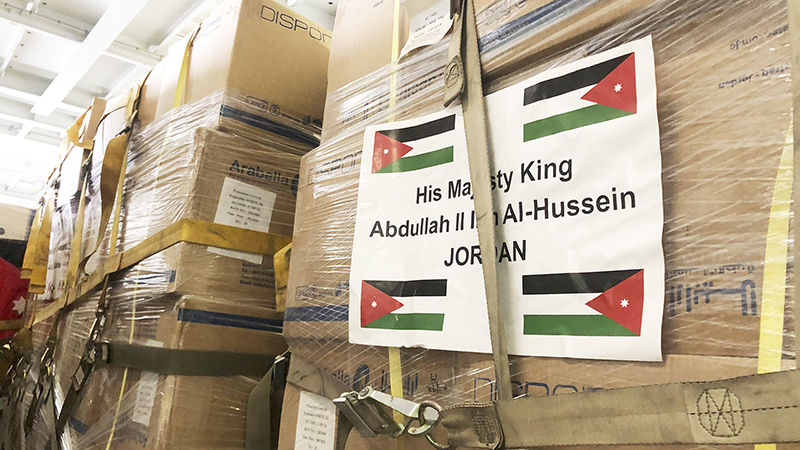 Boxes of Personal Protective Equipment donated to the U.S. from the King of Jordan are stored on the Liberty Promise at the Port of Port Arthur. (Monique Batson/The News)

Soon people from across the state will be using Personal Protective Equipment brought through the Port of Port Arthur. But the PPE made quite the journey first, as it was part of a large shipment donated to the U.S. from the King of Jordan.

“On behalf of the Port commissioners and staff, we support this humanitarian relief effort,” said Port Director Larry Kelley.

On Friday, more than 60 contractors worked to unload the pallets of boxes containing masks, gowns and other COVID-prevention items from the Liberty Promise, which was also carrying military cargo. 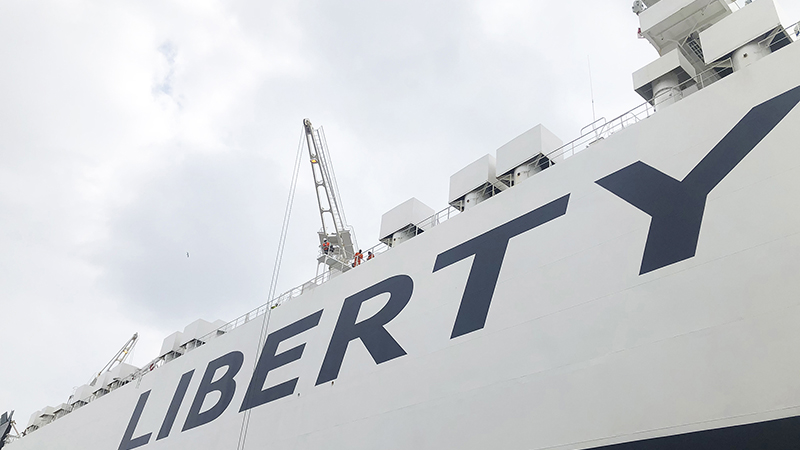 “The U.S. government doesn’t own this vessel so it has trade that it’s executing, but also carrying (Department of Defense) cargo,” said Lt. Col. Gordon Vincent, commander of the 842nd transportation battalion. “It’s not uncommon for us to see a ship like this and there will be a deck that has Toyotas or Hyundais or some other commercial cargo that they work around to do this.”

After being unloaded, the Port will store the cargo in the Gulf Maritime Warehouse before it’s set out for distribution.

While Texas was marked to receive a large portion of the humanitarian aid, pallets were separated and marked for other states.

“It’s really a whole-of-government approach,” Vincent said. “FEMA is who worked this agreement through the state department between the two countries.”

This is not the first time King Abdullah II provided PPE to the U.S., sending shipments in 2020 that arrived in Maryland before being distributed across various states.

At the time, Dina Khalil Tawfiq Kawar, Jordanian Ambassador to the U.S., addressed the donation through a statement that said, “We have long supported one another during various endeavors, and we will continue to do so during these unprecedented times.” 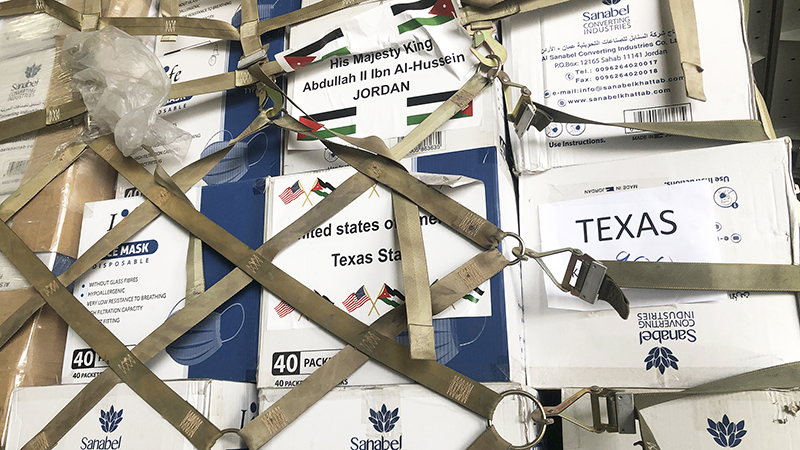 Boxes of PPE donated from the King of Jordan will be distributed to multiple states, one being Texas. (Monique Batson/The News)