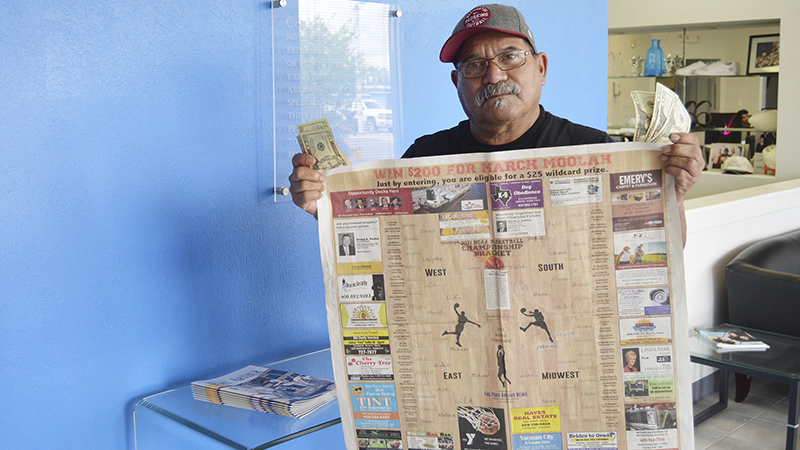 Mike Gamboa was at the store March 17 when a headline caught his eye in The Port Arthur News.

The story drawing his attention was about the then-upcoming Port Arthur Rotary Club’s annual Taste of Gumbo, which took place March 20.

Gamboa bought the newspaper because he wanted to know more. He eventually made his way inside the newspaper to see the March Moolah college basketball tournament contest.

Gamboa gave it a try, filling out his picks for the final 16 games and turned in his entry.

The Big Spring native, who moved to Port Arthur in 2010 to work as a pipe welder during a Motiva expansion, picked Gonzaga to defeat Baylor in the championship game.

When Baylor won Monday night, he thought his picks would come up short.

Still, Gamboa predicted the results correctly for 12 of the final 16 games, giving him a one-win advantage over second place and earning him $200 cash.

He was more than happy to collect the prize Tuesday and vows to play the contest next year to defend his crown.

Not a bad return for a guy who was just interested in reading about local gumbo. 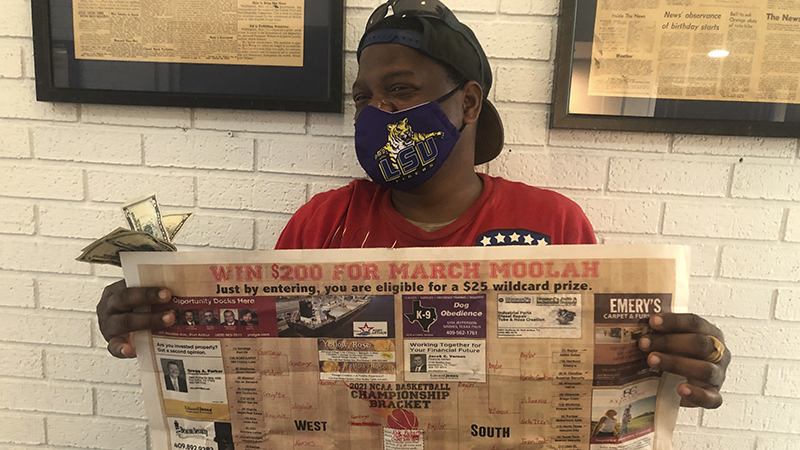