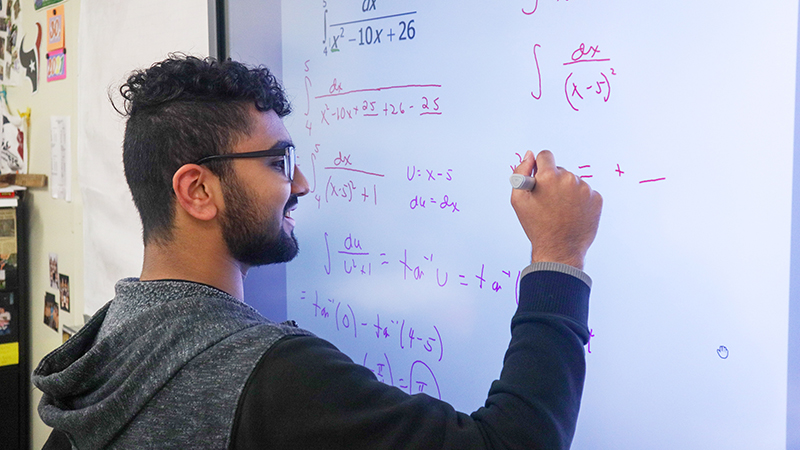 NEDERLAND — At a young age, Adeel Sumar realized he was a bit different from his classmates when it came to math.

It started in first grade during a fact families project.

“We were learning to carry the one and stuff like that,” he said. “One day, my teacher called me up to the front and I was terrified. I thought I had done something wrong. I thought I was going to get yelled at in front of everyone.”

The teacher asked him to add the numbers six and seven.

“I just said ’13,’ and she said, ‘see guys, he practices and that is what you guys need to do.’ She told me to go sit back down,” Sumar said. “The whole time I was thinking, ‘Wait, I don’t practice.’ I was really, really confused.”

Sumar will be Nederland High School’s valedictorian, which is an honor the math wiz does not put on a pedestal.

“Personally, it is just like a number,” he said. “I think it is all a game. Depending on what classes you take and if you didn’t take certain classes, it is completely out of your control. Just that alone makes it unfair. I don’t like the notion of ranking people. It drives competition and I like competition, but rank in general is not a healthy thing. 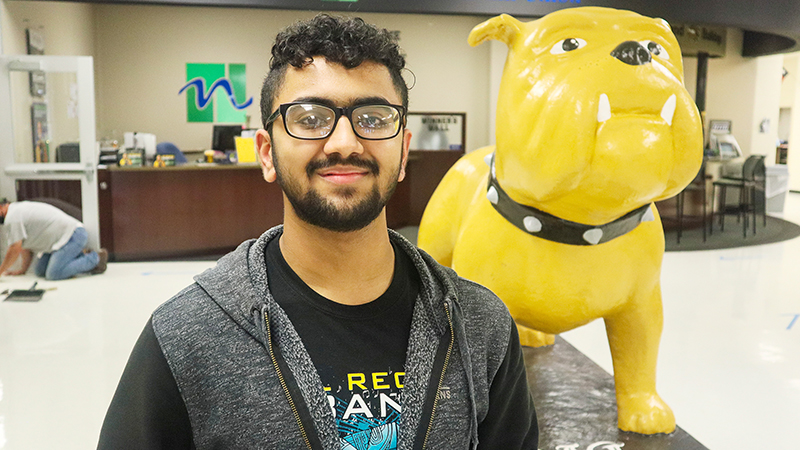 Nederland senior Adeel Sumar and his teammates will compete at UIL academic regional round in April. (Chris Moore/The News)

“It is not the capstone of what I have done. It is a nice thing to have, but it isn’t that important. I know what I have accomplished. If I wasn’t No. 1, it doesn’t matter.”

He is most proud he has been able to help his peers learn math and has built up the ability to teach and improve his communication skills.

Sumar said he likes the creativity with math.

“It has connections to all different types of subjects,” he said. “It can be used for economics, biology, stats — it is just everywhere. I wrote a lot of essays for my college essays about the creativity in math. That creativity is what drawls you in. ‘Math’ is too small of a word to categorize everything that is in there. Things that aren’t math can have math in it. Knots aren’t something that we think of as math-based, but there is a field of study just based around knots.”

Sumar placed first in the UIL district competition for number sense, calculator and math. His team also earned first place for those categories and will advance to the regional round.

“We will be competing against more completive schools (at regionals),” he said. “We will see how it goes. I am really trying to place 1st-3rd so I can advance to state. That is the only goal.”

Sumar was recently accepted into the University of California-Berkeley.

He does not yet know in which area of math he wants to pursue a career, adding he has not fully committed to Cal.

“I am going to let myself, in college, really figure out what I want to do,” he said. “I feel like every type of math I have taken now, I have liked. I don’t know what I don’t like yet. I don’t know if I like proof-based math or applied math. Depending on that type of stuff, I can go into computer science, engineering or anything. I can go into applied math and be a statistician. I’m just going to let college be the place to explore all of that stuff.”