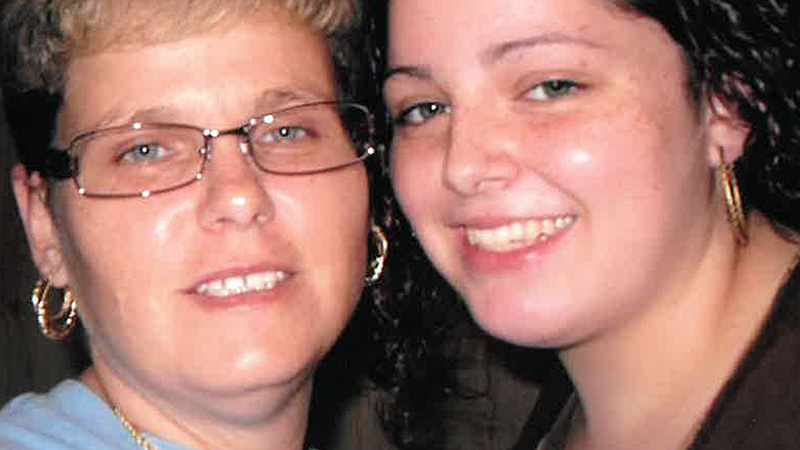 Twelve years have passed since 18-year-old Kristien Artola was beaten by two other females so severely it led to her death.

Her mother, Tonya Patterson, still has questions regarding her daughter’s case, wondering why it never made it to the district attorney’s office.

“Why hasn’t Kristien gotten any justice?” Patterson asked in regards to her daughter’s death on March 8, 2009.

She would like to see those responsible held accountable, saying “why should they be allowed to walk free and have a life and my daughter doesn’t?”

Artola had given birth to twins just 33 days prior to her death, and had yet to have her 6-week checkup following her cesarean when the fight occurred.

She was a “good girl,” according to her mother and former weightlifting coach Jule Joffrion. She had received a scholarship to attend Lamar Institute of Technology after graduating from Memorial High School in 2008, but with twins on the way she opted to postpone that move.

Shortly before her death, Artola and her mom had spent the day at a family function before returning home. Later, Patterson babysat the twins while her daughter went to a friend’s house. He lived on 12th Street and was barbecuing as a thanks to friends who had helped him move.

“My daughter wasn’t a drinker,” Patterson said. “She might have a (Smirnoff Ice Green Apple) from time to time. The medical examiner said there was zero trace of alcohol in her body.”

At some point her niece called and asked what happened to Artola. Then another person said they saw the 18-year-old being taken by ambulance from the scene.

Her mother raced to Christus St. Mary Hospital and was met at the ambulance by a police officer and a nurse. When she identified herself, they led her to a family waiting room.

A doctor came in and said Artola was unresponsive but alive.

“We didn’t know what was going on yet,” Patterson said.

After tests were done, a doctor told Patterson about crystals in her daughter’s blood work that could mean the presence of antifreeze. Hours later the doctor noted this was not the reason for her physical state.

A toxicology report came back clean, she said, dispelling a rumor that Artola’s death was due to ingesting antifreeze.

The “crystals” in the blood work signified a heart attack — one of a number of heart attacks that the new mother would face between then and the time Port Arthur physicians transferred her to Houston Methodist Hospital.

As Artola’s parents moved toward her room, the young woman coded again.

“I told them to let her go. I never spoke to my daughter again. She never regained consciousness,” she said. 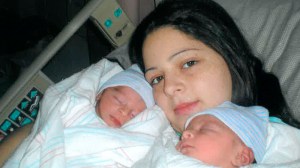 Kristien Artola with her twins Breeann and Bryan. (Courtesy photo)

Complete details of how Artola ended up fighting in the street with two other women remain unknown. The former powerlifter knew her strength, but was on medication from blood loss during childbirth, her mother said.

“She was not that person that ever attacked anybody; and from the story I heard, she didn’t,” she said.

Patterson summed up the altercation by saying, “She was beat up by two women, left in the street, then carried into the house and placed on the couch. Minutes later she turned blue and was foaming at the mouth.”

An autopsy listed the cause of death as “sudden collapse and cardiac arrhythmia associated with cardiomegaly and stress from the altercation.”

The manner of death originally was listed as accidental. But with Patterson’s persistence, a second check was done and the medical examiner changed her cause of death to homicide. 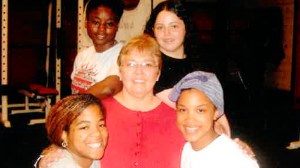 Patterson said the Port Arthur Police Department did not properly investigate the death. The still-grieving mother called PAPD during the anniversary week of the homicide and spoke with Chief Tim Duriso who was not at the helm of the department at that time.

Patterson said Duriso told her the case was “placed on a shelf” but would get reviewed.

Duriso confirmed to Port Arthur Newsmedia that Patterson brought her concerns to him regarding the case. It remains open and detectives have been brought in to work the case, though one of the original detectives has since retired.

“We will put some fresh eyes on it,” Duriso said.

Jule Joffrion called Artola’s mother a wonderful advocate for her children. Patterson was a very involved mother who was at the school with her children for various events; bringing to practices, meets and more.

Just 13 months separate Artola and her older sister Kyri Andell. They grew up close but with different interests; where Artola was into powerlifting and band, Andell was involved in tennis and choir.

On the night of the fight, 19-year-old Andell was working at Waffle House when she began receiving many calls. Finally she stepped back and a friend told her to reach out to her mother, something had happened to her sister.

She later learned a physical altercation occurred. Her sister had had a heart attack and she needed to be calm.

Police were everywhere, she recalled.

“Everybody said it was antifreeze but she was breast feeding at the time,” Andell said. “There was nothing in her system except vitamins.”

She remembers her sister being transferred to Houston.

“One of the harder things was to watch them rolling her down the hall and a nurse ninja-jumped on the stretcher to do CPR,” she said. 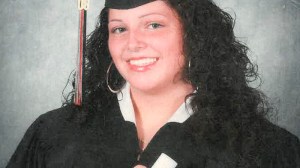 She listened to the hospital intercom as her sister coded in a room, with her parents there not knowing what to do. Andell asked them to tell her that her sister would go home, be with her babies, and watch them play soccer in the future.

“The heart attacks were so hard on her body they didn’t know if she would wake up,” she said. “Mom didn’t want to fight the Lord for her, she wasn’t going to fight. I don’t blame my mom for that. Now that I’m a parent I understand that better than anybody.”

Andell said she stands by her mother as they seek answers and a resolution.

“It’s a split decision. It’s been 12 years. That’s a long time. I guess I’m at peace with the decision. I have strong faith no matter the decision, judgment is for the Lord,” she said. “Do I want to see somebody blamed for that? Of course, but it’s not doing anything to bring her back. To know the police department didn’t do anything. That hurt my mother, so they hurt me.”

Artola’s death sent Andell in a downward spiral of depression and doing things she had “no business doing” but she said she has since turned her life over to God.

“They threw my sister’s case to the side. An 18-year-old’s blood was spilled and not a peep heard afterward,” she said.