Jasmine Gunner, left, receives a $50 gift card from Albert Darby, treasurer of the 100 Black Men of Greater Beaumont. The group, along with the Rotary Club of Port Arthur, on Monday handed out $3,000 in cards to customers at the Gulfway Drive store. (Monique Batson/The News)

Jasmine Gunner didn’t expect to earn money when she arrived Monday at H-E-B on Gulfway Drive, but the 34-year-old couldn’t contain her excitement when she became one of 60 customers to be handed a $50 H-E-B gift card.

“I’m so surprised, so grateful,” Gunner said as she pushed her cart of groceries from the store. Like so many, the Port Arthur woman’s family suffered from the loss of power and water during the February ice storm, even though Gunner continued to travel to Groves for work.

That event on top of an ongoing pandemic is what prompted the 100 Black Men of Greater Beaumont and the Port Arthur Rotary Club to join this week and hand out $3,000 in cards. 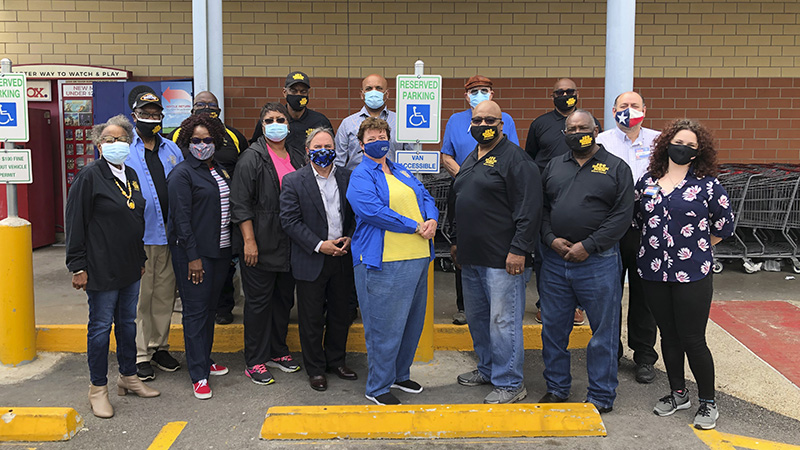 Representatives from the 100 Black Men of Greater Beaumont, the Rotary Club of Port Arthur, H-E-B and the Port Arthur Police Department prepare to pass out $50 gift cards to 60 customers at the grocer on Gulfway Drive. (Monique Batson/The News)

The 100 Black Men of Greater Beaumont recently hosted a similar event at the H-E-B on College Street in Beaumont. It was there that PAPD Police Chief Tim Duriso saw the group and asked if they would visit Port Arthur to do the same.

“I asked if they could come to Port Arthur, and here they are,” he said. “They are really helping the underprivileged.”

John Eugene, president of the organization that serves all of the Golden Triangle, said people are still sending emails of thanks following the Beaumont giveaway. The event even brought in a few new members.

And joining with other community groups, Brown said, the effort goes to another level.

“What a great idea it is for organizations to join forces to help the community,” Brown said just moments before the group members began to surprise guests. “And another part is to encourage others to do similar things. I’m so excited.”

It was an exciting moment for Store Leader Kenny Romero, too, who said it was the first time in his 7 years there that the groups had asked to pass out gift cards to customers.

“They want to help people out after the recent winter storms and with COVID,” he said. “They’ve done a great job.” 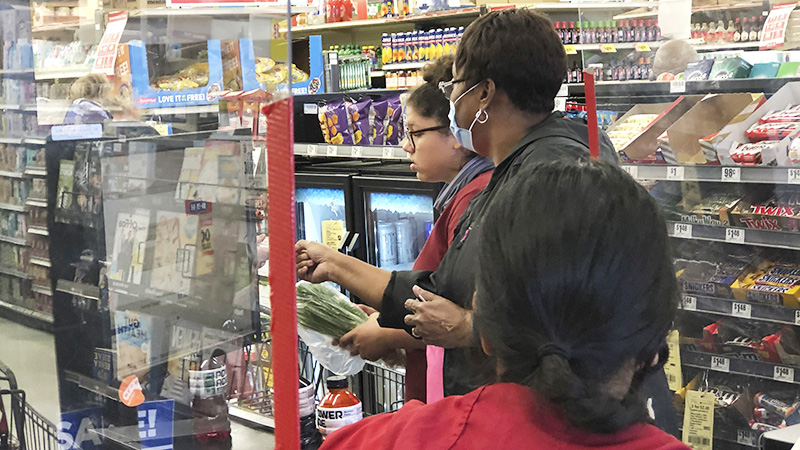