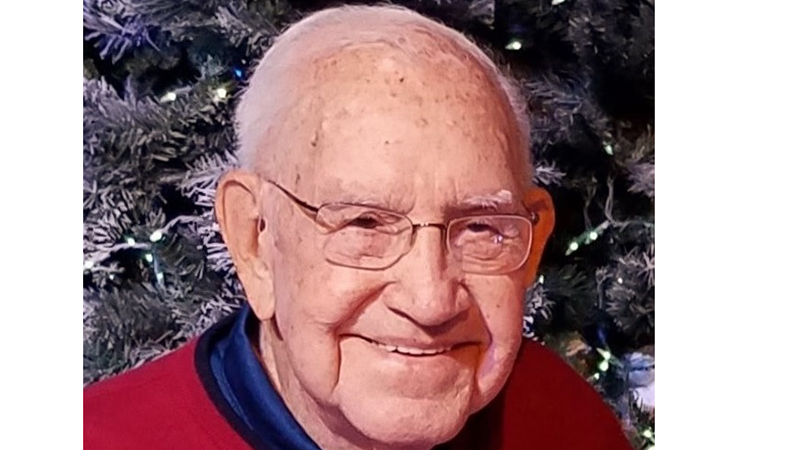 Interment will be 12:00 PM Wednesday, March 9, 2021 at the Green Lawn Memorial Cemetery in Port Arthur, Texas.

Bill passed away Friday, March 5, 2021 at The Hospice of East Texas in Tyler, Texas.

He was born in Grand Chanier, Louisiana on October 4, 1930 to the late Henry William and Oline (Madden) Theriot.

Bill graduated from Ogden High School in  Liddieville, La. in 1948.

After graduating he was drafted into the United States Army Air Corp in 1949 and honorably discharged in 1953.

While serving in the military he was based primarily in England where he worked on making jet engines during the Korean War. He also played baseball for the Air Force.

Upon discharge he moved to Port Arthur and began working for The Texas Company.

After a four month whirlwind courtship, he married the love of his life Vera Goings in Port Arthur in 1955. They had 3 sons, Craig, Chris and Casey.

Bill was always active and supportive in his sons’ sporting activities.

He worked for Texaco Chemical retiring after 40 years. He was a Mason and a Shriner for 60 years. Shortly after retirement, they relocated to  Hideaway Lake.

As a Shriner, he was very blessed to be a part of transporting children to the Shriner Hospitals.

Bill also  joined other veterans on the Honor Flight DFW 32 to tour Washington D.C. and view all the memorials.

He enjoyed square dancing, line dancing, golf, and being very active in their church, Hideaway Lake Community Church. He loved to travel many places but his favorite trip was to the Holy Land with his friends from church.

Bill was the type of person that everyone wanted to be around. He was always smiling, laughing and ready to share a joke.

He was an outstanding caregiver to his wife, Vera, after her car accident. He was always known for his most wonderful homemade breakfasts every morning. Bill was a Christian who loved God, his family, Hideaway and his country.

He was preceded in death by his parents, son, Craig Theriot, sister, Barbara Jean Hanley, and half sister, Cogie Vincent.