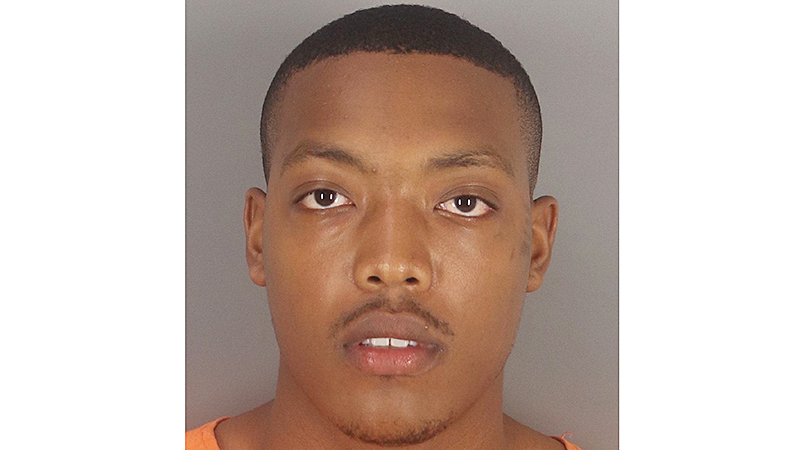 Fabbian Donta Scott, a 23-year-old Port Arthur man, was indicted for unlawful carrying of a weapon on licensed premises in a case police believe is linked to a series of violent events and retaliation, according to court documents.

An aggravated robbery with several suspects took place Dec. 27, when police said one of the suspects was shot and killed by a homeowner in the 2500 block of 18th Street.

The next day the home was the target of a shooting then a suspicious fire six hours after the second shooting.

On Dec. 30, a witness told police of a white Ford Crown Victoria in the city with damage to the side mirror that had four armed men wearing hoodies

An officer located a white Mercury Grand Marquis that day that resembles the body type of a Crown Victoria with a damaged side mirror at Stripes, a gas station at 3600 Jimmy Johnson Blvd.

When police arrived they reportedly saw a male walking out of the store wearing a black hoodie jacket, later identified as Fabbian Donta Scott. Authorities believe Scott was the front passenger of the vehicle that was “looking to kill” the homeowner, according to the probable cause affidavit for his arrest.

Scott initially told police he came in a different vehicle but one of the officers at the scene checked video surveillance and saw Scott was the front passenger that was identified by the first officer.

In addition, officers located a black Glock 19, 9mm hand gun on the floor board where Scott was sitting — meaning the suspect had been in possession and control of a firearm in a licensed premises for the sale of alcoholic beverages.

Dispatched checked the weapon for being stolen but it was not in the system.

Scott was arrested for unlawful carrying of a weapon on licensed premises and has since bonded out of jail.

Scott was one four men arrested at the store. A previous Port Arthur News report stated ski masks were also recovered from inside the vehicle and police believed “a crime was going to be committed” but did not tie the arrests to the 18th Street crimes at the time of the article.