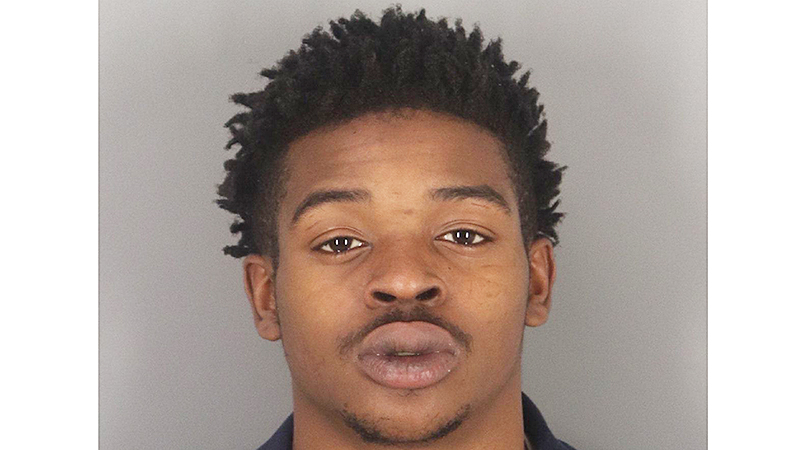 A Port Neches man was indicted for theft of a firearm stemming from a December auto burglary in a neighborhood a mile from his home.

Keantre Tyrell Gray was just shy of his 19th birthday on Dec. 8 when he was stopped by Port Neches police officers at 4:11 a.m. on Hampton Road.

Dispatch had noted a man was wearing a white hoodie and walking towards the dead end of the street; he was originally seen near a vehicle at one of the homes, according to a probable cause affidavit.

When speaking to Gray, he reportedly became extremely nervous and continued to change his story for why he was in the area at that time of night, police said.

The man identified himself as Keonte Grey, with a birthdate of Dec. 11, 2001. Officers were unable to find any information with this given name and date of birth even though he stated he was recently arrested in Jefferson County.

Officers were able to identify him as Keantre Tyrell Gray and he was arrested for failure to identify give false/fictitious information.

He was found to have two Apple iPhones, an Apple Watch and a flashlight in his pocket, so officers decided to speak with the homeowner where they were stopped.

The homeowner said Gray had no reason to be on the property and a Jeep was found with multiple open compartments that appeared to have been gone through and were not as the owner left them.

Police began to check the area for other vehicles that were possibly entered. A man who said his vehicle was gone through and he was missing at least one iPhone approached police. The man identified both iPhones and the watch in Gray’s possession, the document read.

Gray was brought to the Port Neches police station to speak with a detective and during the interview he made a statement about a black and silver firearm (Smith & Wesson 9mm), police said.

The gun was the same one officers said was stolen from a different victim on Hampton Lane in which the vehicle was left unlocked. The firearm was located in the backseat of the vehicle, hidden underneath the cloth material in a child safety seat.

Gray was transported to the Jefferson County Correctional Facility and has since bonded out of jail.