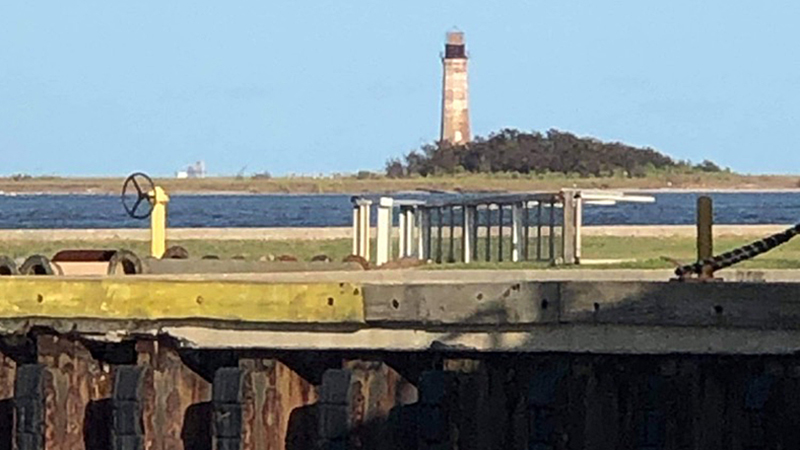 SABINE PASS — Residents of Sabine Pass are used to dealing with adversity. This week, as in the wake of most natural disasters, they are leaning on each other.

Adam Saunders, who lives in Sabine Pass, said the residents are leaning on each other as they have after numerous hurricanes and other significant rain events that inundated the area.

On Monday morning, temperatures in the area dropped well into the teens. Roads all over the county froze over, including the Intracoastal Canal Bridge, which is the only way in and out of the community.

By Wednesday afternoon, temperatures had only slightly risen above 32 degrees leaving the passage closed.

This week’s freezing temperatures left the area’s only ingress and egress unusable.

“We are hanging in there,” Saunders said. “We haven’t experienced this cold weather, but we have experienced emergencies. We have gone periods of time without water and electricity. We’ve also had times where the bridge was not accessible.”

Saunders said everyone is doing what they normally do — taking care of each other.

“We’re just not used to dealing with these types of long-term cold temperatures,” he said. “We still have the issue of one way in and one way out of town. When the bridge is closed, that is when we have our issues.”

He said his home has electricity but, like many others in the area, is without water.

The water situation is tough.

“There are outages all throughout the area,” he said. “A little understanding of the enormity of this very unusual weather event is important.”

“Everyone is trying to stay put and out of the weather,” she said. “We are waiting on it to thaw out. Other than that, we are doing pretty good. Half of the town lost electricity the first night, but we got it back.”

“We got together this morning, checked on each other and made sure everyone’s pipes were good,” she said. “People were moving around to help each other and take care of any problems they have.”

She said the single store in Sabine Pass has been open and added many people were stocked up with enough essential supplies to last a week.

“One way in and one way out causes you to come together as much as possible,” she said.

Rain and rising temperatures into the 40s could make the bridge passable by Thursday afternoon.