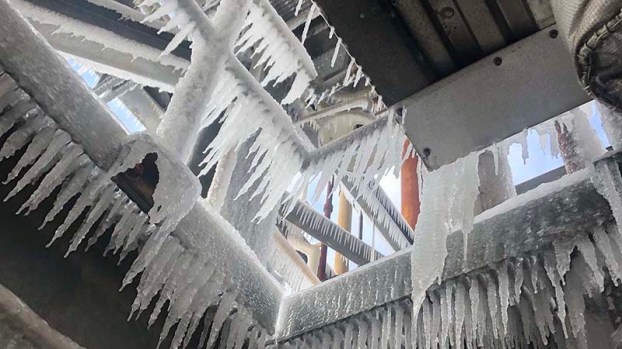 Many Port Arthur and Mid-County residents woke up Tuesday morning to no electricity.

According to Entegy’s outage update at 6 a.m. Tuesday, large sections of businesses and households were without power in Nederland, Groves and Port Acres, along with sections of Port Neches and Port Arthur.

“We were not notified of this outage and are experiencing issues with it as well,” a City of Nederland statement read, adding city leaders would share news of a plan to restore power in the area once Nederland receives notice.

Entergy announced Monday it had begun periodic power outages for its customers across Southeast Texas as a last resort and in order to prevent a more extensive, prolonged power outage that could severely affect the reliability of the power grid.

“We apologize for the inconvenience these outages may cause, but we have an unusual situation right now driven by extreme weather conditions. We are working to respond and restore power as soon as it is safely possible,” said Stuart Barrett, vice president of customer service.

Due to bitterly cold temperatures and the winter storm, the demand for electricity has reached an all-time high.

As of Monday evening, Entergy Texas customers were asked to voluntarily reduce electricity usage, especially between 5 and 9 p.m. This unusual request is due to the demand for electricity potentially exceeding the available generation due to the extreme cold and weather conditions currently impacting our service territory.

Current load forecasts are approaching an all-time peak, even greater than those experienced during the polar vortex of January 2019.

A company statement said, “We have already begun rotating outages to restore customers who have been affected the longest. We will continue this rotation process until we are able to return our generation to service and MISO cancels its request for curtailment.”