Seahawks looking to even their record with upcoming schedule 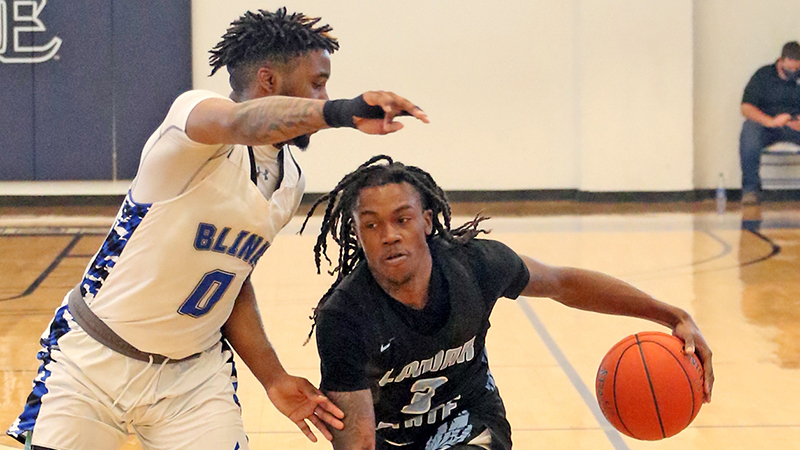 (EDITOR’NOTE: Lamar State College Port Arthur announced Friday afternoon it is postponing its men’s basketball game against Navarro College due to a positive COVID test among the Seahawks players. The game was originally set to be played on Saturday. The game will now be played March 8.)

Lamar State College Port Arthur is scheduled to play Navarro College at 2 p.m. Saturday in Corsicana before returning home to the friendly confines of The Carl Parker Center for a 7 p.m. Feb. 17 showdown with Tyler Junior College.

Standing at 3-4 on the season, the Seahawks are gunning to be above .500 at this point next week.

The Seahawks defense will have to find an answer for a hot squad in their home gym.

Lamar State is coming off a tough home loss, 73-67, Wednesday night to Paris Junior College in a game where the Seahawks were wining by 8 at halftime.

Finding consistency from the three-point line is key for the Seahawks, who connected on 20 3-pointers (8 coming from Kanntrell Burney) during a Feb. 6 victory, only to shoot 33 percent (9 of 27) from beyond the arc four days later. 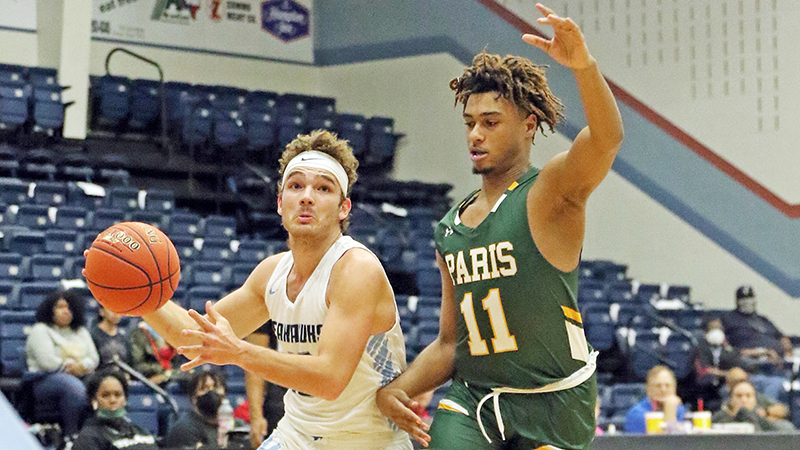 Ty Archibald led the Seahawks with 22 points on Wednesday and fellow sophomore Burney, the No. 5 scorer in the nation coming in, tallied 18 after torching unbeaten Blinn with 31 points in last weekend’s 98-70 upset.

As the clocked ticked under 2 minutes, the Dragons took a 6-point, 64-58, lead. Archibald and Burney each buried 3-balls but the Hawks couldn’t get closer than 2 points.

It was 68-66 when Lucien was called for charging on his way to the basket. A clock-stopping foul by Archibald sent PJC’s Yshaad Butler to the free throw line. Making one and missing his second with 9.8 seconds left, a rebound by Adrian Caldwell II gave LSCPA one last chance to force overtime.

As Burney dribbled across midcourt, Butler tried to foul the Lamar State standout for a common 2-shot foul before he could put up a shot. The game officials said he did, though no one in Seahawks blue agreed.