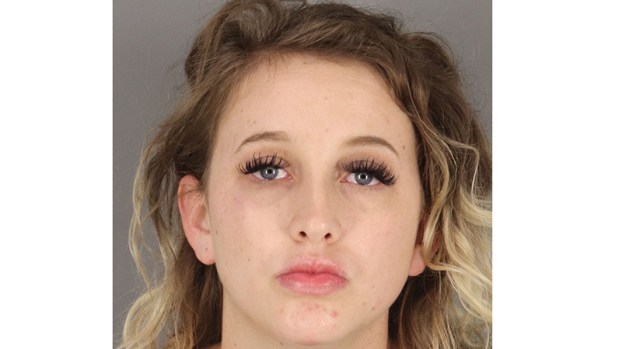 A woman that police contend was intoxicated when she struck a man, woman and child who were walking last summer in front of their home has been indicted for multiple related charges.

The couple, including a 5-year-old, was walking in front of their house on July 29 in the 9 block of Oak Trace Drive in Beaumont towards traffic in an area without a sidewalk.

They were struck head-on by a 2014 Kia Soul, which was seen driving very erratic through the neighborhood, according to a probable cause affidavit.

The vehicle reportedly swerved toward the three pedestrians, striking them head on.

After the impact the Kia jumped onto a curb and struck a tree. That’s when the driver took off running from the vehicle and ran into a neighbor’s back yard.

The document stated the driver never checked on the condition of the family who lay in the roadway with extensive injuries.

Officers found the driver of the Kia in the backyard of a neighboring home.

She was identified by witnesses in the neighborhood as Kenlie Davis, now 22, of Newton.

Police said she was exhibiting signs of intoxication and was arrested.

She was taken to a hospital where a blood warrant was signed and blood was drawn from her.

The document stated the male victim suffered two broke legs and a shoulder. His wife suffered a brain bleed and spent several months in a rehabilitation center. The child, age 4, suffered a broken leg and had to be taken to Texas Children’s Hospital in Houston because of her injuries.

Davis was indicted this week for two counts of intoxication assault and four counts of accident involving injury or death.

Port Arthur Newsmedia is teaming with Lamar University to host a virtual town hall open to the community at 3... read more