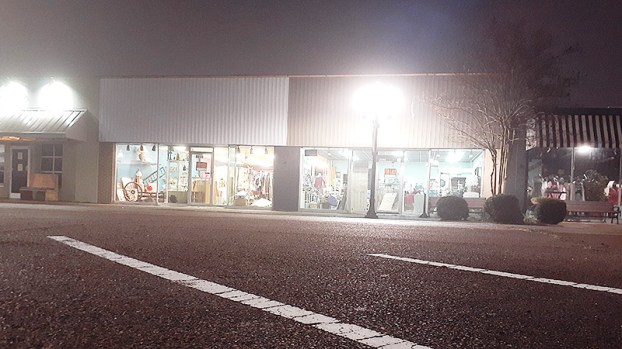 The Nederland Economic Development Corporation is looking to purchase properties at 1215 and 1217 Boston Avenue to remodel and sell to investors looking to operate new businesses in the city. (Stephen Hemelt/The News)

NEDERLAND — Nederland City Council members moved a step closer this week to approving the near quarter-million dollar purchase of two properties on Boston Avenue for rehab and resale back into the private sector.

The effort is led by the Nederland Economic Development Corporation and focuses on the purchase of properties at 1215 and 1217 Boston Avenue for $230,000.

The city council must approve all Nederland EDC expenditures of more than $10,000.

Officials said the locations, which are owned by Roberto Maraist, have sat closed for more than two years after previously being utilized as a fish and aquarium store.

A final reading and vote on the purchase is scheduled for Feb. 22 in front of the city council, which unanimously approved a first reading this week.

Nederland EDC Executive Director Kay DeCuir said the long-term goal is to add a wall inside and between the two addresses, get them tenant-ready and bring in two new businesses.

This would lead to job creation and more tax revenue for the city, DeCuir said.

Councilman Emmett Hollier asked if it’s normal for city EDCs to buy property, adding he looked at the property and noted it would take “some work” to turn it back around for the public. 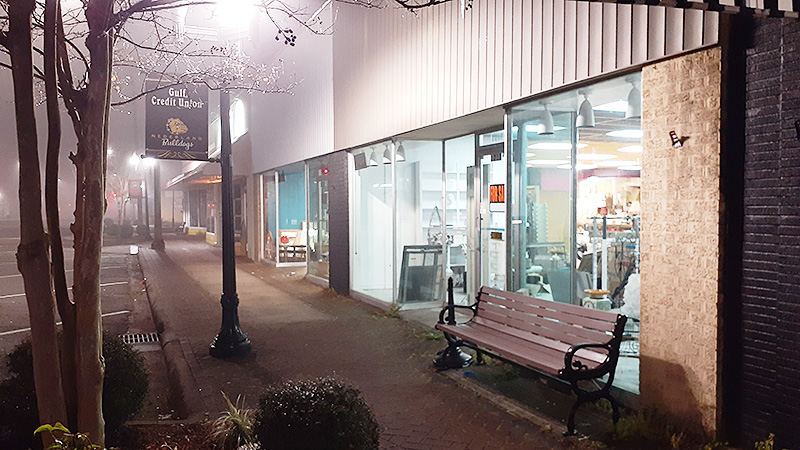 Nederland officials said the locations have not been used in years after previously being utilized as a fish and aquarium store. (Stephen Hemelt/The News)

He questioned whether the city should get into the real estate business.

“We’ve got, according to my calculations, half a million dollars tied up in real estate and that is before any renovations,” Hollier said. “We have to protect the citizens’ funds here, and I want to understand what we’re planning to do.”

City Manager Christopher Duque questioned if the property on Boston Avenue was in high demand, why can’t private industry handle the renovation and purchase versus tax funds being used.

He suggested private investors might not have been willing to pay $230,000 for the Boston Avenue locations or $300,000 for a recent EDC-purchased motel on Nederland Avenue.

“There were other people willing to pay close to this price, he just chose not to accept their offers,” DeCuir said. “There were plenty of people, even investors that I sent who would have paid more. It’s worth more, in my opinion as a realtor.”

DeCuir told the city council the EDC is actively seeking to remove eyesores from Nederland, clean them up and get them ready as either green space (like the motel project) or retail ready (like the Boston Avenue project) for private businesses to add jobs and sales tax.

DeCuir said a contract for the Boston Avenue purchases was recently agreed to, pending final city council approval, and further evaluation is planned.

“The appraisal will be ordered as soon as we have the opportunity to get in and start our inspections, which should be next week,” DeCuir said. “We haven’t been able to get in the building yet. Our goal is next week, Tuesday or Wednesday.”

According to DeCuir, commercial appraisers are hard to find and backlogged.

“This property is a prime piece of property, and we’re able to purchase it for $57.50 a square foot, which is almost unheard of anywhere in Nederland,” DeCuir said. “When we get in and actually get it appraised, I am sure it will appraise higher than the $230,000. Most properties that are selling on Boston Avenue are selling at more than $57 a square foot.

“The goal will be once we get it rehabbed to lease it out. We have so many people who want to be on Boston, hopefully, either of these tenants will want to purchase this building.”

“Our goal would then be to sell this building, and then we no longer have it,” she said. “But somebody has to get this building ready to go, and we don’t want to have it sit there empty. (The owner) accepted our offer when he turned down so many other people. If we had another building that came up on the market, we would consider doing the same thing, taking it to our board to get it ready and beautify. The better we make everything look, the more traffic we’ll draw in and grow sales taxes and job creation.

“We’re not in the business to make money. We just want to recoup the money we have spent so we can use those on future projects.”

PORT NECHES — The search for a fire chief for the city of Port Neches continues with applications being taken... read more