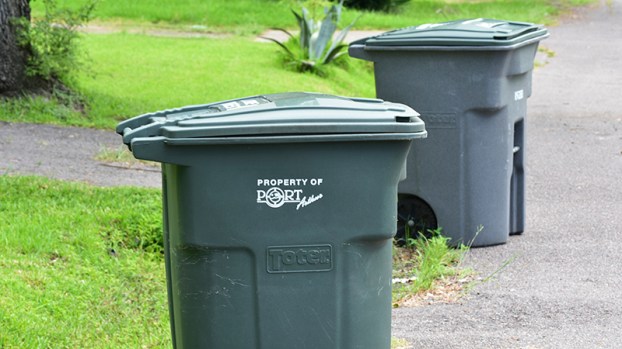 The city of Port Arthur has found a way to prevent garbage collection delays in certain areas of the city.

The plan is an interlocal agreement with the city of Groves.

Port Arthur’s fleet of garbage trucks has been breaking down and it takes time to repair the trucks, according to a memo to the city council and mayor from public works director Alberto Elefano.

The memo was included in the recent city council meeting agenda.

This isn’t the first time Groves has helped in Port Arthur with garbage collection. The city helped after Hurricane Harvey and a few other times.

Groves City Manager D.E. Sosa said the interlocal agreement helps in the event there is problem in the future. Plus, there is the close proximity between the two cities, which is beneficial.

“The beauty of it is the areas are already close to our city. Highland Heights, you can’t get to it without going through Groves,” Sosa said, adding Griffing Park is across the street from Groves.

The Port Acres area is the only one not adjacent to Groves.

To calculate the cost of the service, Groves decided to use the Federal Emergency Management Agency’s rate to account for labor and equipment. This comes to $54.48 for an operator and $57.06 for a truck. And, with 10-hour days, the cost per day for two garbage trucks and operators is$ 2,230.80.

In addition, the city of Port Arthur will be invoiced per month for this service and shall pay the City of Groves within 30 days of the invoiced date.

Groves City Council is currently waiting on the final draft of the document.

Port Arthur City Manager Ron Burton said the interlocal agreement is a contingency plan to be used only if needed.

Port Arthur Police are investigating a suspicious death that occurred at O.W. Collins Apartments. The name of the deceased, age... read more