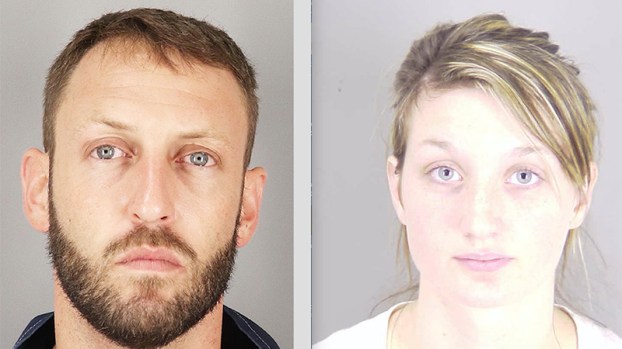 Duo arrested after stolen truck traded away on Facebook

An area man authorities believe is responsible for the 2020 thefts of Ford F250 and F350 trucks was indicted for those charges last week.

In addition, his girlfriend was also indicted for felony theft by possession.

The Southeast Texas Auto Theft Task Force had been investigating Weston Allen Guy, 32, transient, for the truck thefts, according to the probable cause affidavit.

The trail of the allegedly stolen vehicles began with the Oct. 25 theft of a Ford F250 from Wood Springs Hotel in Beaumont.

The owner had used his key pad to lock the doors and left his keys in the center console.

Police believe Guy stole and sold that truck Nov. 4 to a second man, adding the truck was later recovered in Baytown.

The second man provided officers with a bill of sale saying he traded his truck for this truck after seeing it listed on Facebook Marketplace.

On Dec. 15, Guy was arrested in Harris County in a stolen F250, which was the truck stolen from a Beaumont hotel the same day.

This truck had the steering column busted and no key, and Guy was reportedly operating the vehicle.

Brittany Ann Byrd, 31, told detectives the two have been together for many years and have four children together. In addition, she said Guy does not have a job she is aware of and that she reportedly participates in Guy’s criminal activity.

Both have since bonded out of jail.

NEDERLAND — Students as young as seventh graders can start plotting their college trajectory with an eye toward career success... read more