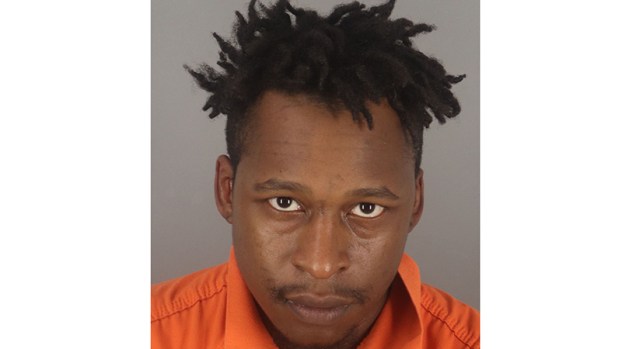 A Port Arthur man is behind bars on a $50,000 bond and another on the loose after the second robbery of a game room in just over a month.

Police received a 911 call of the robbery approximately 11:57 a.m. Friday at Truong Washateria, 648 Ninth Ave., which is also a game room. Officers learned that two men entered the game room as if they were going to play the gaming machines, Port Arthur Police Department Det. Mike Hebert said.

When the female clerk displayed money, the men forcibly grabbed the cash and took it from her. They then got into an older model Chevrolet to flee.

Hebert said the clerk did note pain when she was grabbed by the men but did not require medical assistance.

No shots were fired in what police called a strong-arm robbery.

A photo of the fleeing vehicle was taken and sent out to responding police units and minutes later one of the detectives located the vehicle at Villa Main Apartments, 901 Main Avenue. One person was taken into custody and the other fled the scene.

Officers found two firearms located in the suspect vehicle, one of which was confirmed stolen from Port Arthur in 2020.

Police arrested Jakerris Narcisse, 22, for robbery. He was brought to the Jefferson County Correctional Facility and had bond set at $50,000, according to information from the jail website.

The city and area has seen a number of robberies over the past few months and Hebert said police are looking at all avenues when asked if this crime is tied to previous robberies.

Truong Washateria was the site of a Dec. 22 robbery where two masked men, one with a handgun, entered the business. The gunman approached a patron and held him at gunpoint, demanding money, police said. The men got away with an undetermined amount of money and fled in a small silver passenger car. No arrests were made in the robbery.

NEDERLAND — Maci Simmons has been there before, advancing three times to the area auditions in her quest to be... read more