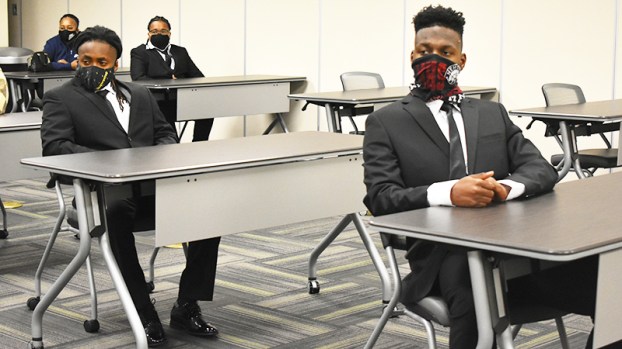 It is sometimes said a man needs three color suits for life; black, blue and brown. 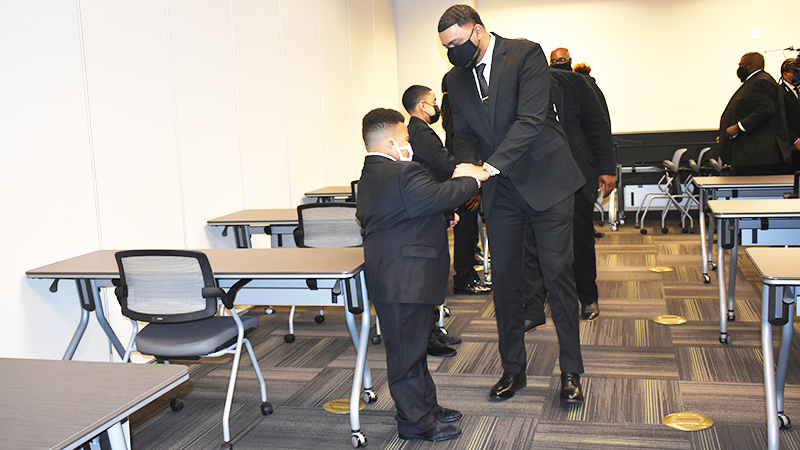 Each participating student also gets to meet with an “All I Do Is Win” mentor, who will give him guidance.

Bartie made the crowd assembled at the PAISD Administration Building Monday afternoon smile when he said he likes to dress up, saying it makes him feel good to put on that crisp white shirt, black suit and tie.

Queen said the suit is empowering and important in how one is perceived in life.

Memorial High School senior Jordon Thomas said he was blessed to be there and grateful to be chosen.

Thomas may already be a local household name as a member of the Titans football team committed to the University of Texas, where he will play college football. 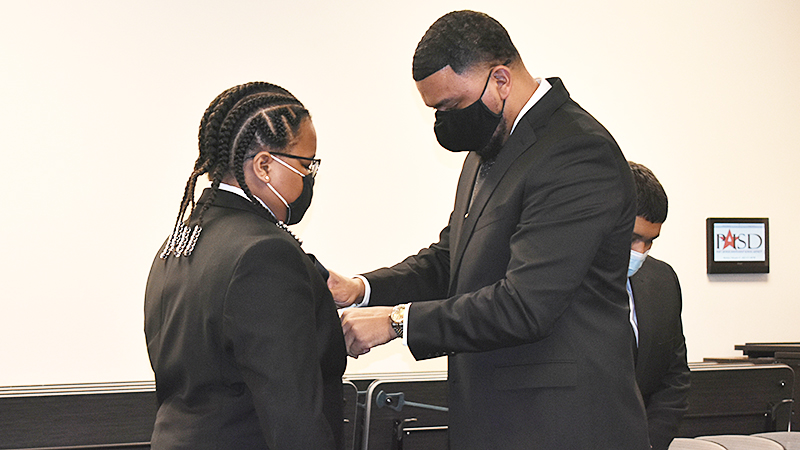 Kendric Bush, who attends Memorial Ninth Grade Academy, was also thankful for being chosen for the group. Standing in the room with the other students, mentors and family members, Bush said he understands what it means to put on the black suit.

Bartie placed calls to the various school principals and told them of the program and asked to find young men in need of a suit.

One of the mentors, Dominic Hardie, a Lincoln High School alum, said at a time in his life when things were a little shaky, Bartie’s father Thurman Bartie — who was then a Justice of the Peace — reached out the olive branch, decorated him up and gave him a suit. This allowed him to participate in an internship when he was in college. 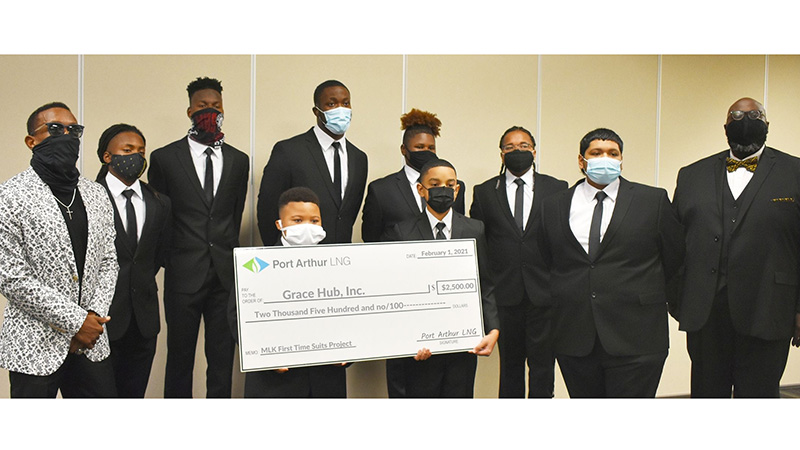 NEDERLAND — In 2019, Moe Ghazawenh bought what was a home on the corner of Nederland Avenue and 34th Street.... read more