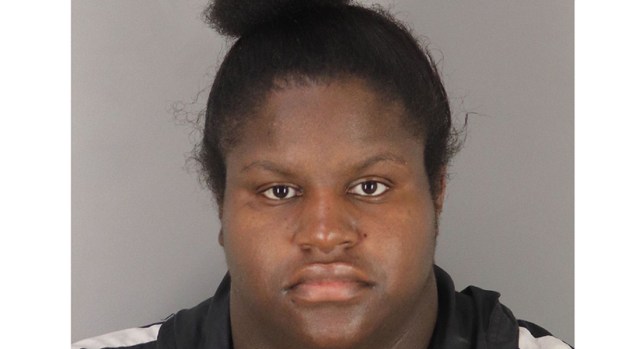 BEAUMONT — A 24-year-old Beaumont woman who police believe left three young children including an infant unattended in a car while shopping at Walmart was indicted for abandoning a child.

Once arrested, the woman, identified as Keera Mae Bennett, fought the officer and spat in his face, authorities said.

A Jefferson County grand jury returned the indictment this week for the Jan. 7, 2020, incident that occurred at the Walmart on Dowlen Road in Beaumont.

A Beaumont Police officer was working a second job at the store when he was flagged down by a woman who said she saw multiple infants left unsupervised in the store’s parking lot, according to the probable cause affidavit.

The children were ages 2 months, 13 months and the oldest being a few weeks shy of 7 years old.

When the officer went to place Bennett under arrest in handcuffs she reportedly turned toward him and spat on the left side of his face. When he tried to grab her hands she began using force by yanking both hands away from his grasp, the document read.

She was ultimately placed under arrest and has since bonded out of jail.

The building every Southeast Texan sees when traveling between Texas and Louisiana has reopened after being out of commission for... read more