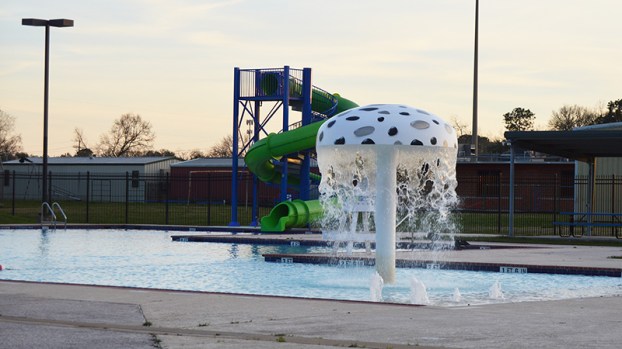 NEDERLAND — Municipal leaders plan to open the Nederland Swimming Pool this summer with all the bells and whistles of recent improvements.

That is dependent on the impacts of COVID-19 four months from now and possible success of various vaccine efforts.

“We’re trying to have the pool season start on the usual clock, which is Memorial Day Weekend,” Nederland City Manager Chris Duque said, noting Memorial Day is May 31. “I don’t anticipate we will be doing pool party rentals until maybe after the Fourth of July. There are probably going to be some restrictions.

“We’re going to crawl before we walk before we run as we start up again, but we are planning for a full season after Memorial Day this year.”

When the pool does open it will feature a renovated deck.

The city will soon put out a base bid to replace 2/3rds of the pool decking, which is the portion untouched during a 2010 renovation.

An alternate bid will also be solicited for a complete decking renovation to see if that is affordable.

“When the pool was renovated only certain sections of the deck were repaired, which left much of the original deck,” Duque said. “Much of this original deck is now in poor condition, creating other safety issues.”

“Hopefully we can award the bid in March,” Duque said. “The timeframe shouldn’t be that long. It’s a tight window, so we’re trying to make that happen. It’s a substantial swimming pool, so the footprint is substantial. A lot of it is the older part, which is closer to the building. Much of the perimeter was done when the renovation was done.”

The Nederland City Council is expected to finalize acceptance of a new slide installation when meeting in February, a $150,000-plus project that stands close to 16 feet high and includes two revolutions on the way down for swimming pool thrill seekers looking to enjoy an exciting splash down.

Duque told council members there were issues with the slide process that pushed the project behind schedule.

Those concerns appear to have been resolved.

BEAUMONT — An 18-year-old Beaumont man has been indicted on 10 counts of possession of child pornography. The victims in... read more