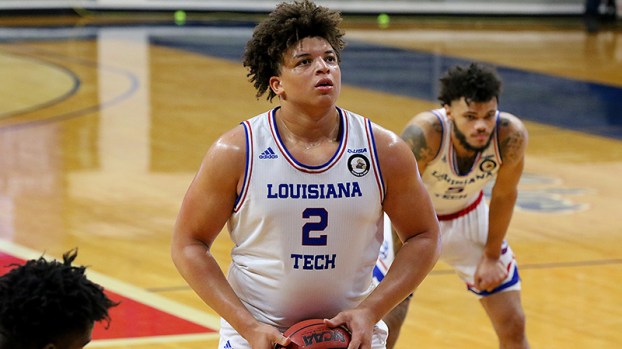 After a productive weekend in El Paso, Louisiana Tech’s Kenneth Lofton Jr. was voted as the Conference USA Freshman of the Week in an announcement made by the league office this week.

The freshman forward averaged 15.5 points per game while shooting 54.5 percent from the field. He also averaged 10 rebounds in the two contests.

On Friday night against UTEP, the Port Arthur native recorded a career-high 20 points while also matching his career-high with 13 rebounds.

It marked his team-leading fourth double-double of the season and became the first Bulldog freshman since 2008 to register a 20/10 game.

He back that up with a solid effort in the 73-55 victory on Saturday, scoring 11 points while adding seven boards.

He also played a pivotal role in helping the Bulldogs hand the Miners just their second home loss of the season and their second lowest field goal percentage.

Bulldogs ready for round 2 against undefeated Timberwolves

NEDERLAND — The undefeated Beaumont United Timberwolves handed the Nederland Bulldogs their first loss of the season in a lopsided... read more