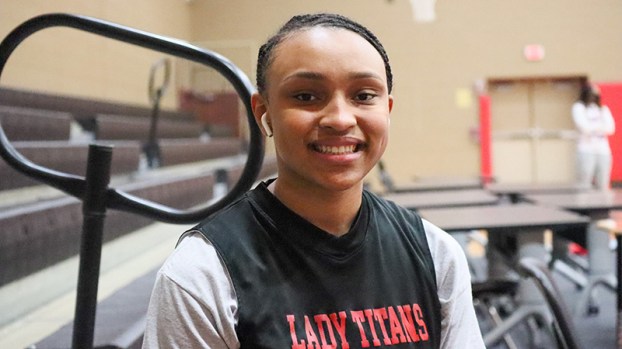 Gabrielle Roy comes over to Memorial High School for basketball practice after a school day’s worth of work at Woodrow Wilson Early College. (Chris Moore/The News)

Sophomore Gabrielle Roy often has a busy schedule. After spending her school day at Woodrow Wilson Early College High School, she jets over to the Memorial basketball gym for practice.

“I like it better than, I guess you would say, high school,” Roy said of her Early College experience. “Sometimes the college can get a little stressful, but I push through it. It challenges me. Playing basketball, I would like to be at Memorial, because I have the gym.”

Roy has not kept up with her class rank this year, but said she usually checks it at the end of the school year.

The A/B student has been going to Early College for two years in hopes of one day becoming an entrepreneur.

“I feel like I would be good working under myself,” she said. “I don’t really like people telling me what to do to a certain extent. I feel like I could be a good boss of my own.” 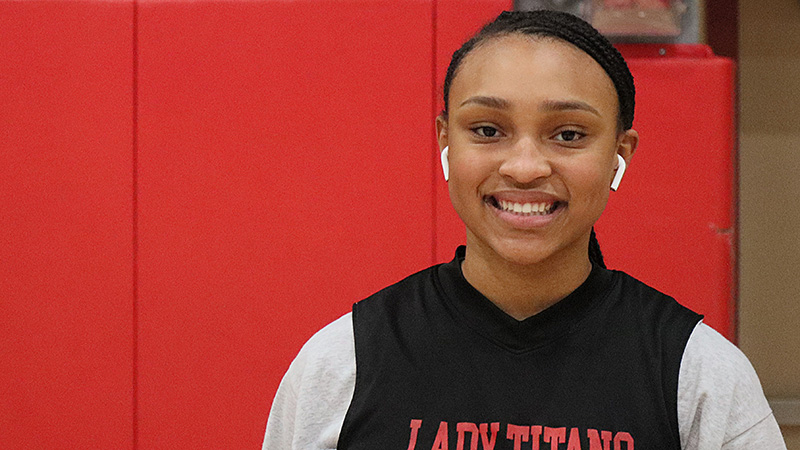 Sophomore Gabrielle Roy wants to be an entrepreneur because she likes the idea of being her own boss. (Chris Moore/The News)

Roy said sports are an area where she enjoys taking direction.

“Sometimes it can get annoying, but I still listen because I know I have to,” she said. “As a job, I don’t think I want someone telling me where I need to be or what I need to be doing. I don’t like that.”

Her least favorite subject is history, although she sees the value in knowing from where she comes.

While Roy has not settled on a college she would like to attend after graduating, she said Prairie View A&M is on her list.

“She is one of a few that have to transition from across town to get here in time for practice,” he said. “I’ve seen growth in her maturity, as far as her academics and how she handles her business on and off the court.”

Henry said being scholarly often shows up on the court.

“I think it transitions well,” he said. “If you can think in a classroom, you are able to think on the floor. A lot of times, coaches try to take the thinking out for players and just let them play. She is able to help us with adjustments and communicates well with the players.”

The sophomore said she has not given much thought, yet, to which area of business intrigues her.

“I wanted to look more closely at that my junior year,” she said. “That is when I was going to sit down and get it together.”

Roy’s favorite subject is math, because she was able to take to it and understand it at a young age.

“I was able to pick up on it fast and able to help other people out,” she said.

NEDERLAND — The Central Middle School Jazz Band is the top middle school jazz band in Texas, according to the... read more