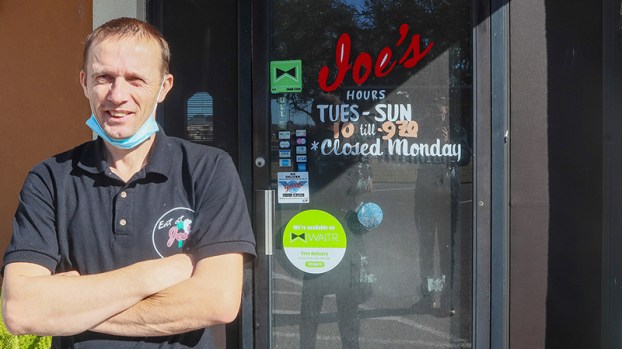 Andy Salihu, owner of Joe’s Italian Restaurant in Port Neches, is one of six brothers who own Italian eateries around the country. (Chris Moore/The News)

PORT NECHES — Andy Salihu started working with his brother, who owned a restaurant in the Fort Worth area, 30 years ago.

Approximately, 15 years ago, Salihu ventured to Southeast Texas and set up Joe’s Italian Restaurant, located off Highway 365 in Port Neches.

Before moving to North Texas, Salihu and his family lived in New Jersey, where “everything is good,” he said, adding, “it’s pretty much pizzas and pastas. It’s all good. The chicken is really good, too.” 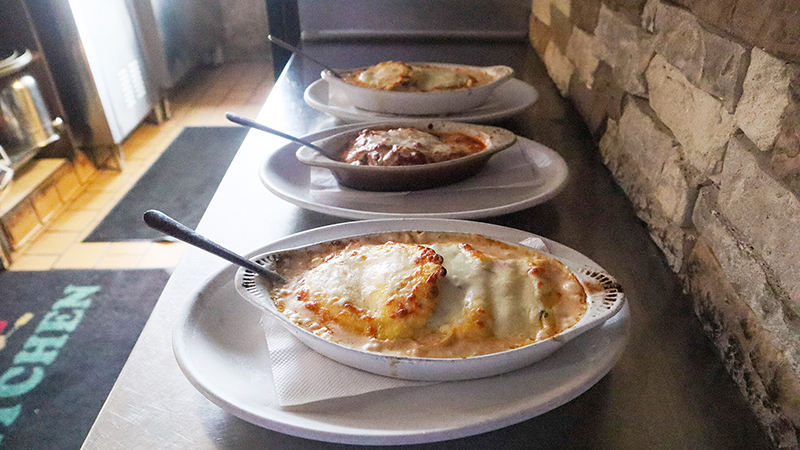 Locally, Joe’s Italian Restaurant has a drive-thru lane and window, which has made surviving the pandemic possible, Salihu said.

“It hasn’t been too bad,” he said. “With the drive-thru, I did pretty good in the shutdown. Some businesses are in pretty bad shape during the pandemic. We did pretty good.”

Joe’s Italian Restaurant offers dine-in and takeout (with the drive thru). The dining area has booths and tables, along with a secluded area for larger gatherings.

The eatery also has an assortment of pizzas, subs, soups and salads, along with garlic bread, stuffed mushrooms and mozzarella sticks to name just a few of the appetizers.

Salihu said one of his brothers still works in New Jersey and has had a pizza place there since 1980.

“We moved to Texas in 1982,” Salihu said. “The one in Fort Worth is like this one. It is a family owned business. We used to have a lot of restaurants, because we are six brothers and a cousin. We sold most of them. We shut a few down because they didn’t do any good. They were in small areas.”

Salihu said all of his brothers know how to cook and are competitive with each other.

He does not have a favorite dish to make, but said he just enjoys creating.

“I like to make anything,” he said. “I like to make pizzas and chicken dishes. I like to make sauces like Alfredo sauce, marinara sauce and lemon sauce. Sometimes, I’ll have a customer come in and say make me anything and surprise me.” 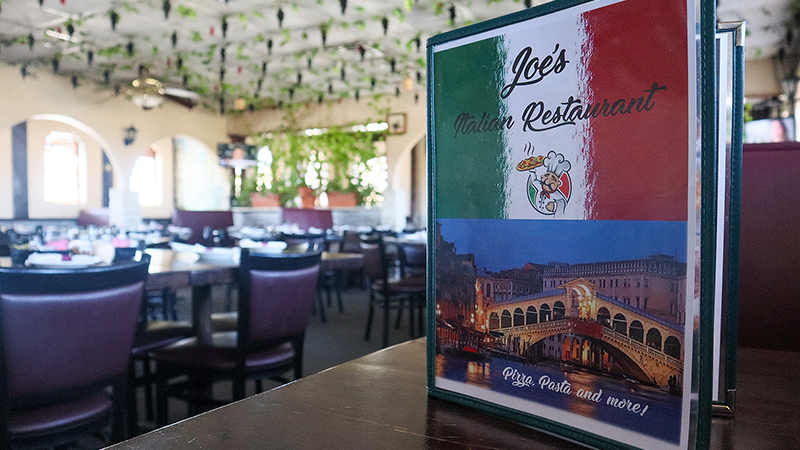 The dining area has booths and tables, along with a secluded area for larger gatherings. (Chris Moore/The News)

A man police say chased his 64-year-old mother with an ax then threw it at her on Sept. 10 was... read more