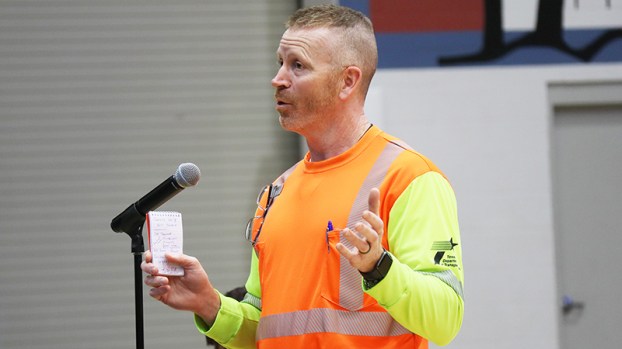 Port Arthur and Mid-County motorists should start to see road construction improvements begin this year on one of the region’s most important thoroughfares.

Chad Bohne told community officials this week he is excited to start work on the Highway 69 and 73 exchanges, as well as the ingress and egress for Sabine Pass.

Bohne is the new Beaumont District Engineer for the Texas Department of Transportation, and he spent Wednesday answering questions about upcoming and ongoing road projects in the area at the Carl Parker Center.

The Greater Port Arthur Chamber of Commerce hosted the event, and will detail some of the community’s travel needs during its virtual banquet later this month.

Bohne said the Highways 69 and 73 exchanges are scheduled to go to letting in September. Letting is the official receipt and opening of bids and determination of the apparent low bidder.

“You probably wouldn’t see construction activities out here until late this year,” he said. “We are trying to get them to advance the let a month or two just to get that going. With a $70 million project, as it is currently forecasted, there is a lot that goes into that. Now, we are at that point where we are hammering out every little detail like utilities, traffic control schemes and those kinds of things.”

Bohne said there are no factors that would slow or delay the process, as it currently stands. 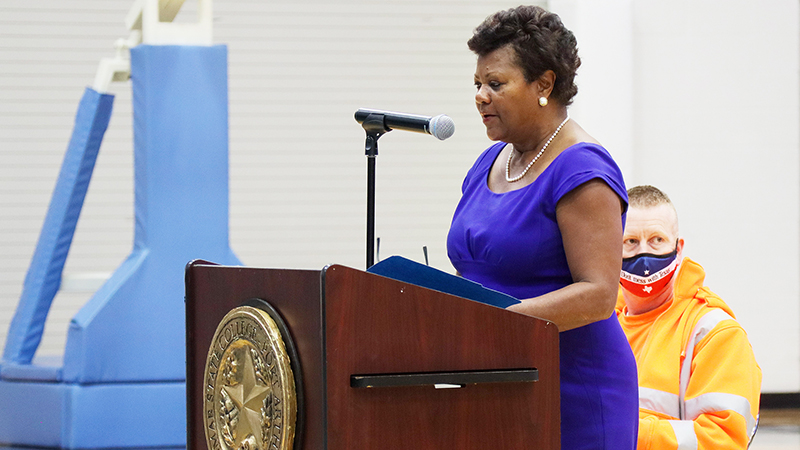 The project changed designs once before to improve the flow of traffic coming off each highway, Bohne said.

“It is a series of elevated structures that are in a counter-clockwise direction that will really make traffic move through that intersection incredibly efficient,” he said. “You will either move through, or you will exit to take a 90-degree turn to your right. If you want to take a left, you will follow that same exit and follow that line. No stop. No signal, but it is a really efficient. That design also decreased the cost and simplified it. I don’t think there was much change to the schedule from that.”

“We mapped out a list of data that truly defines what defines us and who we are as an area,” she said. “It is difficult to live in the shadow of the big, pretty sister in Houston. Whatever we do, we have to do it better to get noticed… We are home to the largest LNG exporter in the United States, with two facilities being converted to export capabilities. The Sabine Neches waterway is the No. 1 liquid bulk cargo carrier waterway in the United States.”

Bohne said he wants to help the community, whether it is restriping lanes or widening roadways.

“All of those problems have been heard throughout the state,” he said. “We have a team of 300-plus at the Beaumont District that are willing and ready to show the new district engineer what they can do and I am ready to challenge them. That is what I bring to the table.”

Jefferson County Sheriff Zena Stephens attended the event and asked Bohne about working with local refineries to make them aware of road work being done near their locations to help ease the strain on traffic.

“I will make sure that we have a good conversation and make sure we message appropriately,” Bohne said. “It is critical to make sure we listen to what comes back when we start sending out announcements to make sure we can make adjustments to what might get complicated. We’re getting better. We are not great, but we are getting better at notifying travelers through the changeable message boards you see and social media platforms.”

Bohne serves as the district engineer for eight counties (Chambers, Hardin, Jefferson, Jasper, Liberty, Newton, Orange and Tyler). He oversees the planning, design, construction, operation and maintenance of the transportation system in the eight-county district.

He served as the deputy engineer for the Bryan District from 2017-2020.

Bohne said he will continue to communicate with local officials to help serve the needs of the community.