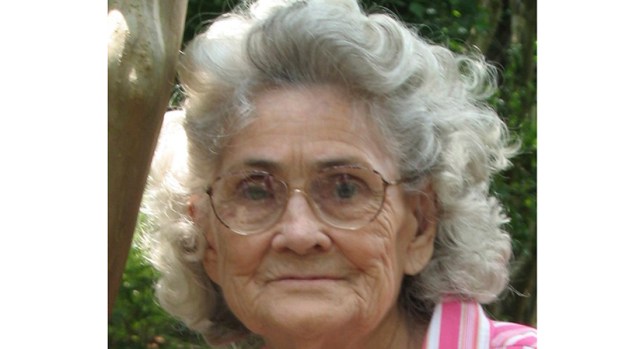 She was born April 4, 1926 to Jim Reese and wife Betty Elizabeth Holland and grew up on a small farm near Oak Grove, Louisiana, in West Carroll Parish where she learned about hard work, integrity, and love for family.

A focal point in her life was attending Mt. Zion Church of God with her family. During World War II she moved to Orange, Texas, to live with her sister, Zelma.

Zelma worked as welder at Consolidated Shipyard while Rosie Lee worked as a cashier at the commissary and lunchroom.

In 1943 she married Soloman Joshua (Slim) Collum in Clark, Mississippi. Her husband, Josh, was inducted into the Signal Corp of the US Army and survived the Normandy Invasion.

She never forgot his military ID number, using it as passwords and pin numbers for the rest of her life.

After the war, they made Port Arthur, Texas their home, where they spent 11 years of married life before their first child was born.

While they raised their two daughters, Josh worked for Southwestern Bell and she was a stay-at-home mom who prepared three meals a day. 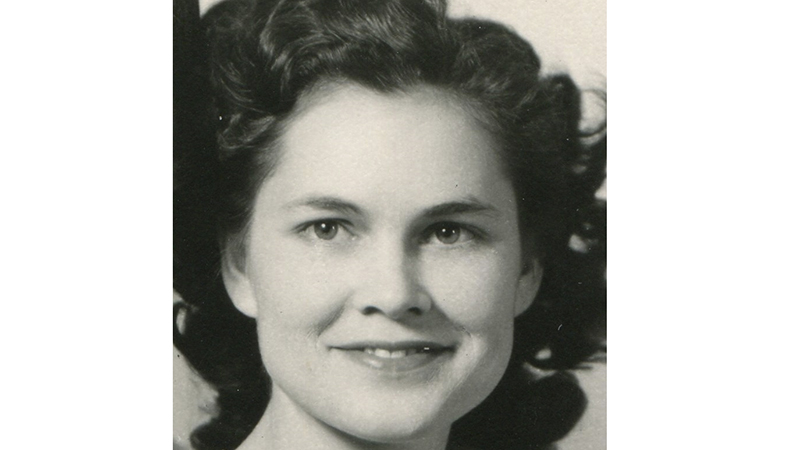 Her home was where neighborhood children often gathered to play.

Determined her daughters would have a good education, she put an emphasis on completing schoolwork and doing their best.

She instilled in her children the value of kindness, integrity, and hard work.

She took charge of her family’s reunions and compiled the Irby Family Reunion Cookbook in honor of her parents.

Rosie Lee and her family spent much leisure time at their Toledo Bend camp, where they fished, hunted, and enjoyed the Piney Woods.

At home, she loved tending to her rose and flower gardens, solving jigsaw puzzles, and staying in touch with family by writing weekly letters.

She was always ready for a game of dominoes or Rook and usually won.

After Josh retired, they were active in the Telephone Pioneers of America and went to many Army Reunions all over the United States.

Rosie Lee was an avid reader and especially enjoyed reading the Port Arthur News and West Carroll Gazette for over 60 years. Her favorite column was Ask a Cop with Officer Antoine.

She was a steadfast believer and a faithful member of the Twin City Church of God, continuing to read her Sunday School study guide, the Evangel, after leaving her church home in Port Arthur.

Throughout her life she was best known for her feisty spirit and her determination to overcome any challenge. Her grandchildren remember that she woke up early to prepare huge breakfasts, keeping everything hot for the late risers.

She impressed them with her many skills, including catching dragon flies. During their visits, Rosie Lee would take their grandchildren and friends on trips to McFaddin Beach and the Port Arthur Seawall where they would wave at passing ships.

She loves to collect seashells and rocks on her travels and her great-grandchildren now enjoy playing with those beautiful treasures.

Rosie Lee was active in her church community until she was displaced by Hurricane Harvey.

She stayed with her daughters until moving to Rose Place Retirement Community. There, she learned to “not have to
fool with cooking.”

Soon after, she moved to Village of the Heights Assisted Living in Houston near her family. She enjoyed her last years
in the loving care of her daughter, grandchildren, and the staff of the Village. She especially delighted spending time with her four great-grandchildren who loved their “Gigi.”

She is survived by sisters Mary Ethel Coggins of Bridge City, Texas, and Ercil Lee Gary of Point, Texas; her daughters Violet Jasper and husband John of Plano, Texas, and Sonda Watts and husband Tommy of Houston; grandchildren Jeffrey Watts and wife Sarah of Houston, Carolyn Flansburg and husband Victor, also of Houston, and Jennifer Jasper of San Antonio.

Her great-grandchildren are Jackson Flansburg, Hollis Watts, Kennedy Flansburg, and Callum Watts, all of Houston.

She also had dozens of nieces and nephews who she loved.

Pastor Lewis Morris of Twin City Church of God will officiate. Levingston Funeral Home of Groves is in charge of arrangements.

After COVID subsides, the family hopes to hold a memorial service/reunion for family and friends.