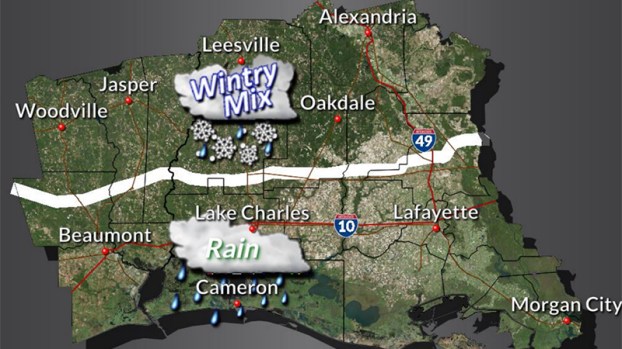 The story told in Port Arthur is whenever there is a hurricane, there is a snowfall that follows.

The National Weather Service made that sound believable when announcing on Thursday that snow could be in the forecast for the region this weekend.

Denson said those well north of Beaumont may see some accumulation of snow that sticks Sunday night and melts Monday once the sun comes out and it gets warmer.

“I wouldn’t expect anything in Port Arthur,” Denson said.

As for the theory of hurricanes and snow being linked, Denson said, “No, that’s just an old wives’ tale that they say around here.”

It will be cold, though, with a low temperature expected to reach 35 degrees today and Sunday.

For the latest, read: https://www.panews.com/2021/01/10/see-the-latest-snow-warnings-as-of-sunday-night-for-southeast-texas/