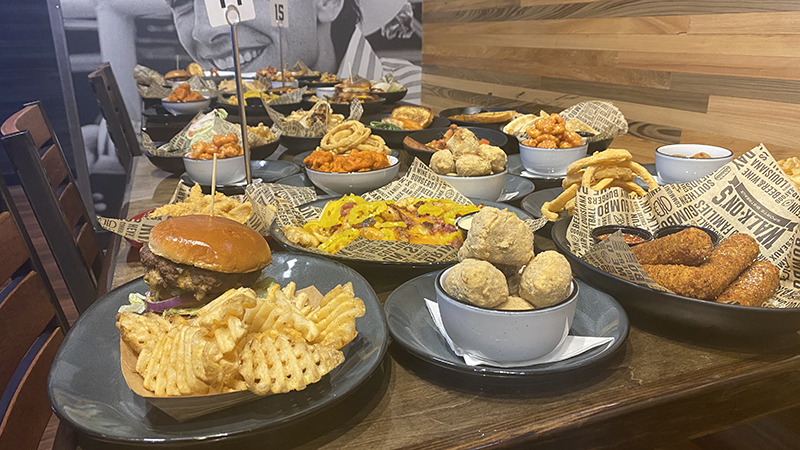 Several menu items were on display during training this week at Walk-On’s Sports Bistreaux in Port Arthur. (Chris Moore/The News)

A new sports-themed eatery is on deck and ready to take a big swing in Port Arthur. Walk-On’s Sports Bistreaux is set to open Monday to much fanfare.

“In addition to being a sports bar, it is also a family friendly place,” Franchisee C.O. Vallet said.

The restaurant, located at 2729 Jimmy Johnson Blvd., has a bar off to the side and a section of seating with beer taps at the tables. The nearly 11,000 square-foot building features 80 TVs and a covered patio with a separate bar.

The menu offers a variety of tasty food choices from numerous salads to seafood dishes to steaks and burgers and just about everything in between.

Game Day with a taste of Louisiana is the best way to describe the uniqueness of Walk-On’s Sports Bistreaux. Each dish is started from scratch with fresh ingredients creating mouthwatering, Cajun cuisine. The restaurant strives to be an ideal setting for dinner with the family, date night, cocktails with the girls or watching a game on the big screen.

“We looked at the area and thought there was something we could add,” Vallet said. “We want to provide something that the area doesn’t have.” 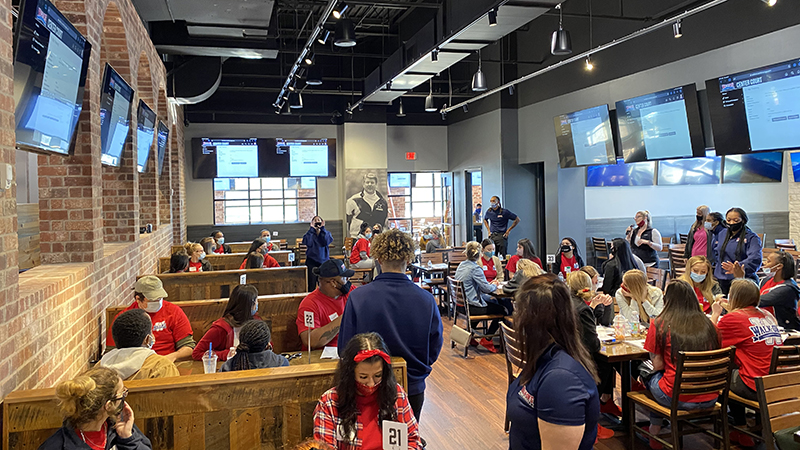 The Vallets also own the Walk-On’s in Lake Charles, which has done well, C.O. said.

“The menus are the same at every restaurant,” he said. “We’ve been fortunate that when people have come to ours, they say it’s one of the best they have been to. That comes down to having good people working. You have to be consistent.”

The eatery takes pride in providing food that looks like what is in the picture on the menu, C.O. Vallet said.

“We have three people that look at the food before it comes to you,” he said. 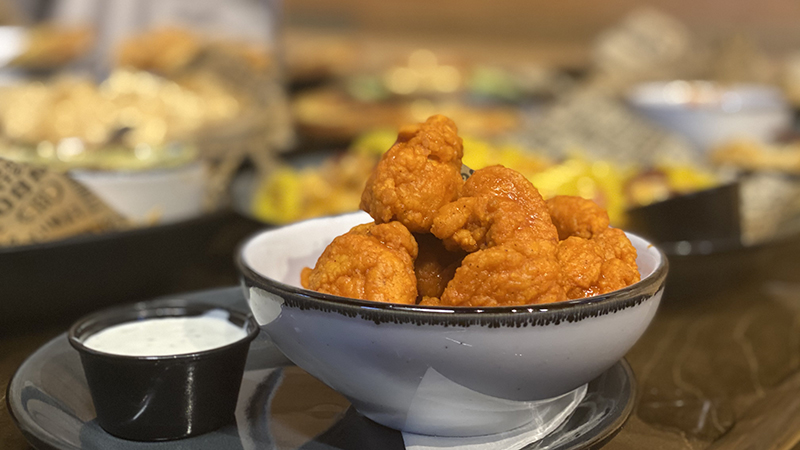 The mild boneless wings are one of several starter options on the menu. (Chris Moore/The News)

While there are a plethora of menu items, C.O. Vallet said his favorite items are the seafood dishes.

“I don’t think there is a particular best seller,” he said. “We have appetizers that do really well like the boom boom shrimp and Devils on Horseback (which is fried shrimp, cream cheese and pickled jalapenos wrapped in bacon).”

C.O. Vallet said the menu fits perfectly for Southeast Texas, with the Cajun influence along with a variety of tacos, wraps and hamburgers.

“This area has a good mix of cultures, which is what we provide in our menu, too,” he said.

Brandon Landry and Jack Warner started the business in 2003 near LSU’s Tiger Stadium in Baton Rouge, Louisiana. Both were members of the college’s basketball team.

Landry’s idea began to take shape 35,000 feet above the earth as they sketched their vision for a floor plan on the back of a napkin while the team flew home from a road game at the University of Tennessee.

Landry and the team stress that food is truly Walk-On’s calling card and the reason many customers keep coming back for more.

In 2012, ESPN named Walk-On’s the No. 1 sports bar in the country and in 2020, Entrepreneur’s named the eatery the No. 1 brand in its 2020 top new franchises ranking. The franchise has close to 50 locations with more coming across 15 states. 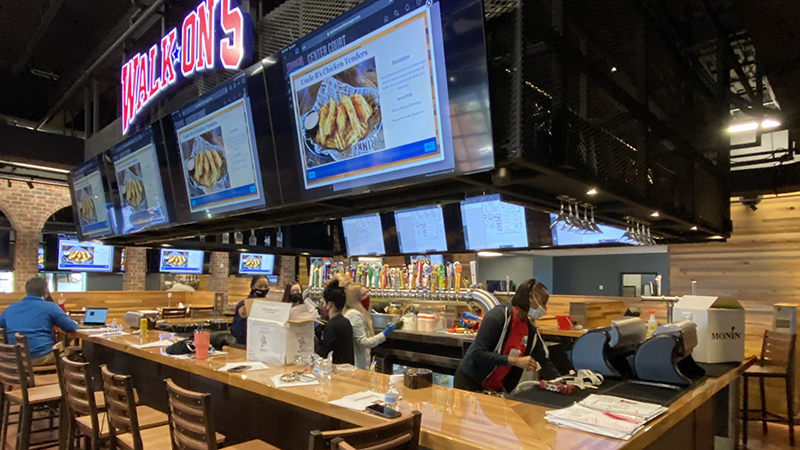 Employees get the bar ready at Walk-On’s Sports Bistreaux in Port Arthur.