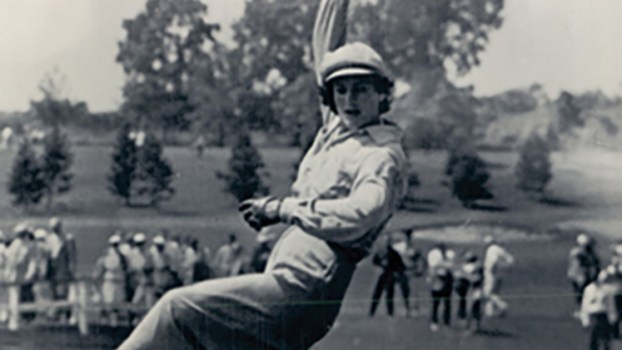 Wonder Girl’s legend is returning to the White House. 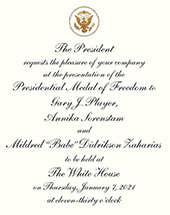 A screen shot of the official presidential invitation.

Port Arthur born Babe Didrikson Zaharias is scheduled to be posthumously awarded the Presidential Medal of Freedom in ceremonies Thursday in Washington D.C.

In a seemingly appropriate twist of fate, Zaharias will be honored alongside two other professional golfers. Gary Player and Annika Sorenstam, whose presentations were postponed by the COVID 19 outbreak in March, are also to receive their medals on Thursday.

Pate, who initiated what has been a near two-year campaign on Zaharias’ behalf, was elated upon learning the president had signed off on the Medal of Freedom for Zaharias.

“It is a great day for Babe Didrikson Zaharias, the city of Beaumont, Texas, her birthplace of Port Arthur and all of her family, friends and supporters that she is going to be the recipient of the Presidential Medal of Freedom presented by President Donald Trump,” he said.

“In my opinion, as the world’s greatest female athlete, and probably the greatest all-around athlete – male or female – of all time, Babe blazed a trail in the world of athletics and culture that reflected immense credit upon her community, her country and herself.

“As president of the Babe Didrikson Zaharias Foundation, I and all of our board of directors, are proud to accept this award that will be placed in our museum in Beaumont.” 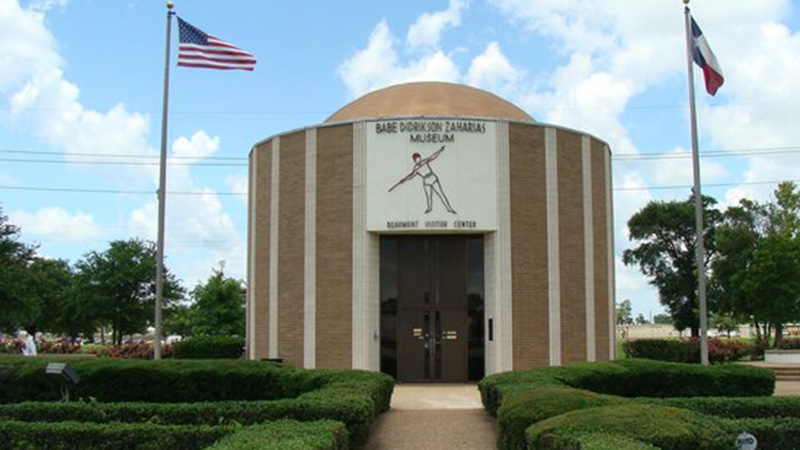 Zaharias, who died of colon cancer at age 44 in 1956, will become only the 38th person from the sports world to receive a medal instituted by President John F. Kennedy in 1963. Seven of the 38 made their name in golf, although Zaharias first came to national fame after winning two gold medals and one silver in track and field at the 1932 Olympics.

Only one other Texas sports figure – former Dallas Cowboys quarterback Roger Staubach – is a Presidential Medal of Freedom honoree.

Zaharias’ legacy as a dominant multi-sport star, and one of the first celebrities to publicly advocate for cancer research, stretches long and far. For instance, golf courses in Los Angeles, Tampa, Florida and Port Arthur are named after her.

She was voted the Associated Press’ Female Athlete of the Year a record six times, named the greatest female athlete of the 20th century by the AP, Sports Illustrated and ESPN, and was one of the founders and early backbone of the LPGA Tour. She would go on to win 41 LPGA tournaments, which included 10 majors.

Zaharias was the subject of the 1975 movie Babe, starring Susan Clark, and more recently documented in a compelling 2011 book, “Wonder Girl,” by three-time Pulitzer Prize winner Don Van Natta. The United States Postal Service issued an 18-cent stamp in her name in 1976.

Babe’s versatility was such that she was an All-American basketball player, leading her Employer Casualty Company team to an AAU Championship in 1932, had a degree of success pitching against major league baseball teams in spring training in 1934, was the first woman to play in a PGA Tour tournament and thrice made the cut in PGA Tour events.

Zaharias placed 33rd in the 1945 Phoenix Open and a week later finished 42nd in the Tucson Open. And she did it playing from the men’s tees. She became famous, albeit somewhat resented, for showing up at LPGA events and announcing, “Babe’s here, who is going to finish second?” 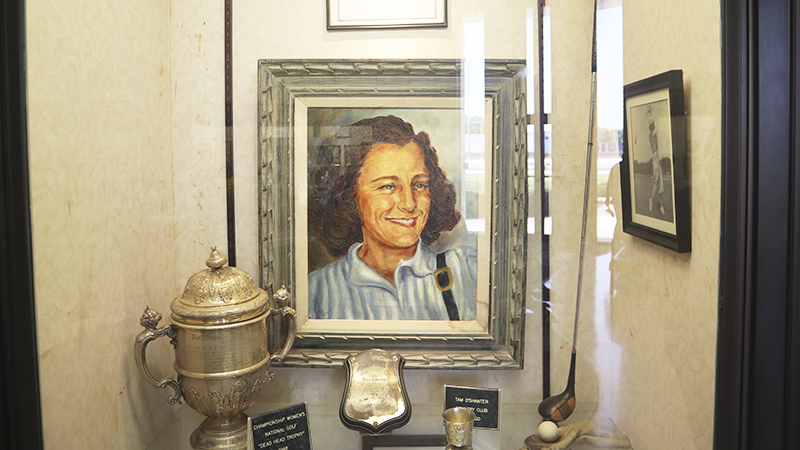 Port Arthur-born Babe Zaharias is honored with a tournament in her name at the Beaumont Country Club. (The News file photo)

Despite all the accolades, awards and accomplishments, time has left passing generations with little knowledge of who Zaharias is and why she is generally regarded as the greatest female athlete of all time.

Ironically, a perfect example of that is fellow Presidential Medal of Freedom honoree Sorenstam. When in 2002 she became the first female in play in a PGA Tour event since Babe in 1945, Sorenstam was asked what she knew of Zaharias.

“Wonder Girl” author Van Natta, who continues to push for his book to be transformed into an updated movie of Zaharias’ amazing life, hears remarks like Sorenstam’s and hopes the Presidential Medal of Freedom will create a renewed awareness.

“Babe Didrikson Zaharias is the greatest all-sport women athlete who ever lived,” he said. “I hope the Presidential Medal of Freedom will bring her magnificent, inspirational and largely forgotten life – playing and winning through a cancer diagnosis and colostomy when doctors urged her to never play golf again – to a new generation of sports fans, particularly young women.

She’s a remarkable role model with a simple lesson: Never give up. I’m thrilled this gutsy, courageous trailblazer and true American original has finally won the honor she has long deserved.”

Sixty-four years after another president – Dwight D. Eisenhower – extolled Babe’s virtues from the White House after her death, it comes full circle with President Trump supplying the Medal of Freedom as a punctuation mark.

ASK A COP — Can previously opened alcohol containers be in cars?

Johnnie from Port Arthur asks: Officer Antoine, during the holidays, or anytime as a matter of fact, I sometimes haul... read more