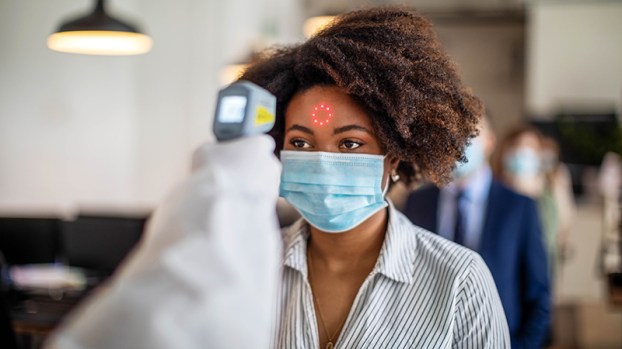 Compliance with the mask ordinance appears to be widespread, with only a sprinkling of those not wearing masks, according to mayors and city leaders.

Local leaders are seeing, for the most part, area residents wearing masks when out in public.

Compliance with the mask ordinance appears to be widespread, with only a sprinkling of those not wearing masks, according to mayors and city leaders.

Port Arthur Mayor Pro Tem Charlotte Moses tries to stay at home, but when she does have to go out she has noticed more people wearing masks then not.

The Monday after Christmas Moses had to go to Walmart to pick up something and had a revelation of sorts.

“We are literally walking around with masks on, we just do it,” Moses said. “That’s when reality hit me. We’re in 2020 and have seen this foreshadowed in movies. It was surreal that in this time we are all walking in the store with masks on, the cashiers, the stockers at Walmart. I saw compliance.”

She believes the compliance is a result of people seeing the impacts of COVID-19 and the death toll in the area. There are people with underling heath conditions and some without underlying health conditions and they have passed away.

“They see this is significant and this is real,” she said. “Reality has set in with our citizens, and masks have been worn.”

Groves Mayor Chris Borne said he has seen people wearing masks, as they should, and some who aren’t, for whatever reason, but added he would not approach them on the issue.

“I see people doing their due diligence to do the right thing,” Borne said. “I think with the holidays and more social gatherings, we see spikes, not necessarily due to masks,” he said, adding it is likely due to more people in close proximity.

Port Neches Mayor Glenn Johnson said in general he has seen people in compliance with the mask ordinance as well as some not in compliance, saying he would reserve his comments on the issue of those that think it’s their right to infringe on others and whether masks work or not.

“Wear masks, socially distance, wash your hands,” Johnson said of the now standard ways to prevent or slow the spread of the illness. “A large majority of people are doing exactly what thy are asked to do. When I’m in a store and see someone without a mask, I stay as far away as I can. It’s not my job to confront them.”

A call to Nederland Mayor Don Albanese was not immediately returned.

Last month law enforcement leaders told Port Arthur Newsmedia they had not had any problems or complaints of people in stores not wearing masks and personally saw compliance.

No citations have been issued locally, according to law enforcement in Port Neches, Groves and Nederland.

The governor has left the enforcement to local jurisdictions and police have not intervened on behalf of either side of the mask issue.

But would these same leaders approve an ordinance or a fine for those not in compliance?

The basic answer is no.

Moses, who is also the Port Arthur Position 7 councilperson, said she would go with whatever the consensus of the board is — which would first consist of a recommendation from the city’s health department and talks with the chief of police.

“Not one single councilmember or two councilmembers can make that decision, it has to be collaborative,” she said.

Borne said when the city council talked about the issue, it was decided to follow whatever the governor and county judge advise.

“We are not going to take it any further then the county requires us to do,” Borne said.

Johnson said he would never sign such an ordinance.

“I just don’t feel comfortable for that,” he said. “I would continue to beg that people comply on their benefit and the benefit of others.”