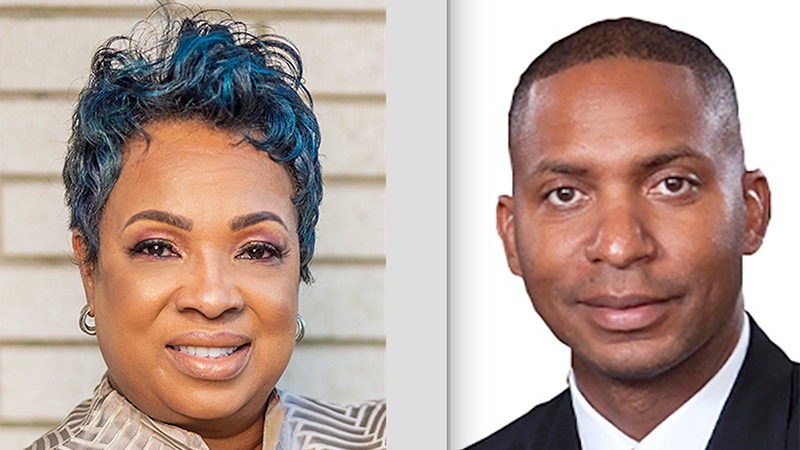 The stress stemming from the ongoing COVID-19 pandemic could be a key reason some people commit armed robberies, at least two Port Arthur councilmembers believe.

The city has seen a trend in the violent crime this month, with at least five robberies involving multiple suspects. Four occurred at businesses, and a fifth, which occurred at a residence Sunday evening, resulted in the death of a 27-year-old suspect.

Port Arthur Police believe a 29-year-old homeowner gunned down the suspect, who was identified as one of three would-be robbers in the 2500 block of 18th Street. The house was targeted in a shooting Monday evening and caught fire later that night.

Mayor Pro Tem Charlotte Moses, who is also Port Arthur’s at-large Position 7 councilwoman, said the pandemic is causing stress in a number of ways, and some who are dealing with it may act in desperation, leading to crime.

A high rate of unemployment in the city, which could lead to episodes of mental illness not being treated, is not helping matters either, she suggested.

“If you do a timeline where you see spikes and increases, they’ll possibly see the pandemic has caused people to act violently,” Moses said.

She also declined to name COVID-19 as the sole culprit for the crimes.

“There is nothing that indicates to one thing that’s a problem,” she said.

District 3 Councilman Thomas Kinlaw III also suspects those having to stay at home during the pandemic may become restless.

“More people are at home, around the house, clustered together because of the curfew we had in place before,” Kinlaw said. “That could be some of the things contributing to the string of crimes.”

The first armed robbery in Port Arthur this month occurred at Sunshine Groceries, 5899 W. Port Arthur Road, on the evening of Dec. 3. According to police, three men brandished handguns and demanded money from employees.

On the night of Dec. 15, multiple suspects entered Stop & Drive, 2500 Gulfway Drive, and came away with an undetermined amount of money. A woman was robbed on the morning of Dec. 19 at Willie’s Washateria, 2201 Gulfway Drive. And two men are suspected of robbing a person at a game room inside Truong Washateria, 648 Ninth Ave.

No injuries were reported in either of those robberies, and no arrests have been made. Police have not determined whether the crimes are connected.

“I do think the recent home invasion was isolated,” Moses said. “I haven’t seen people go into homes. I’ve seen them do a lot of things, but I haven’t seen homes invaded. I’ve seen stores robbed, drive-bys and ATMs taken.”

Moses said a collaborative effort involving the police and property owners will help reduce violent crime in Port Arthur. She encourages homeowners to install a security system with cameras and proper lighting.

With a team effort, she added, “everybody wins.”

“It’s not going to be one police force coming with a plan,” she said. “We’ve got to have a collaborative effort to come up with a strategic plan. Somebody has to be concerned. We’ve got to work together.”

Kinlaw said the police have to be more visible because people are asked to stay home if they don’t have to be away during the COVID-19 crisis and want to feel safe.

Kinlaw also touts the need for educating the public on the importance of locking their doors at home and on their vehicles and not leaving valuables like money, jewelry and guns inside vehicles.

“The education piece, we all do things we don’t think about — we leave money in an ashtray,” he said. “Someone with bad intentions, what do you think they will do?”