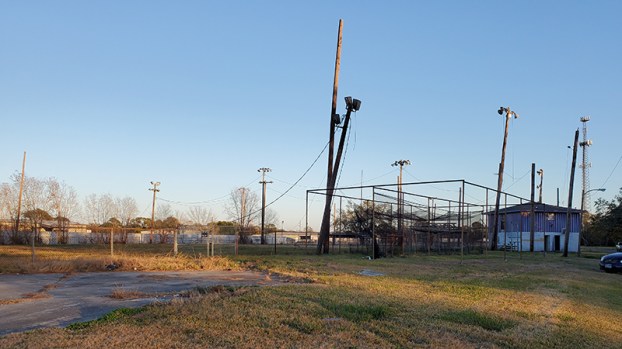 The remnants of Groves' Lindenmayer Park off 32nd Street will be put up for sale/auction by the city. (Mary Meaux/The News)

Last of Groves park to be sold; announcement of sale to be published first

GROVES — Many years have passed since the softball fields at Lindenmayer Park were a busy site.

In a 2006 election the citizens of Groves passed a proposition allowing the city to sell the park located at the intersection of 32nd Street, West Parkway and Main Avenue. At that time there was playground equipment, softball and baseball fields and tennis courts — most of which were not used to their potential.

Since then pieces of the park have been sold off to businesses in the vicinity wanting to expand.

The final 2.6 acres that were once two girls softball fields will be up for auction/sale. State law says the minimum bid has to be the appraised value, which is $116,000, Groves City Manager D.E. Sosa said.

One piece was sold to A&J Engine Services Inc., Superior Energies Inc. and Groves Auto Body, which bought the first and largest piece of the acreage. 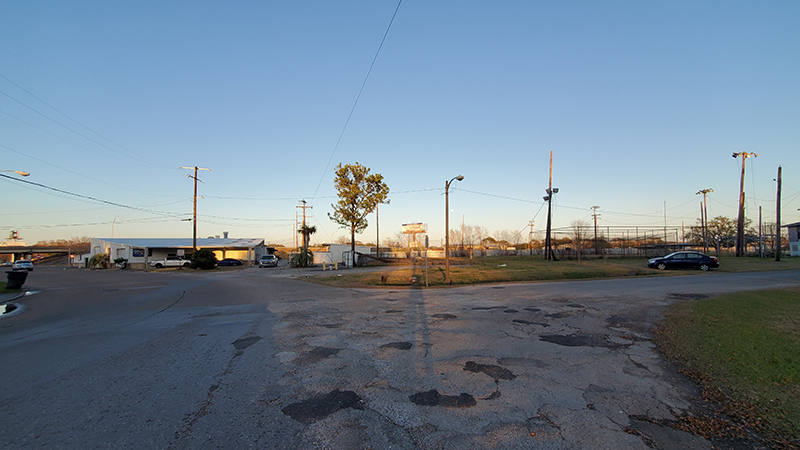 Thirty Second Street on the left runs past Groves Auto Body, which is adjacent to the remaining piece of Lindenmayer Park. (Mary Meaux/The News)

The impetus for the sales came from the businesses’ need for expansion.

“To give these businesses more room and space they need,” Sosa said. “That doesn’t mean they are the one who will buy the property (this time).”

Sosa explained that in the park’s heyday in the 1980s it was basically used for girls softball then kind of dropped off.

By the time the city looked at selling portions of the park, it was only being used for practice and not by any organized sport.

Besides needing an election and the citizens’ OK to sell park land, the city must earmark the proceeds for parks and that has been done with each transaction. To date the city has approximately $265,000 from the sales, Sosa said.

With the elimination of Lindenmayer Park comes the growth of the Huntsman Recreation Complex located behind the soccer fields off Hogaboom Road.

The city is working on the drainage at the park along with Port Neches-Groves Youth Football Association. The site will have three football fields and two softball fields to replace the ones being sold at Lindenmayer, Sosa said.

No specific date is set for the children’s fields to be finished, but leaders are hoping to have them ready by the next football season.

One of the largest tasks Texas lawmakers will tackle during the 2021 legislative session that begins in January is writing... read more