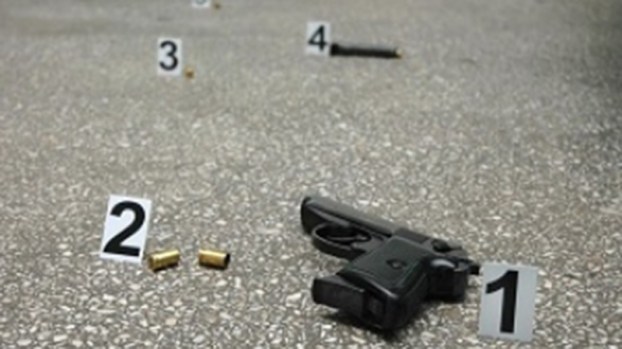 Officials with local law enforcement agencies are pleased with the news that the U.S. Attorney’s Office is moving toward more aggressive measures in prosecuting violent crime violators in the county.

This announcement comes after a steady increase in gun crime throughout Jefferson County, including armed robberies, carjackings, felons in possession of firearms and individuals possessing firearms during crimes of violence, according to a news release from the U.S. Attorney’s Office.

“To accomplish its goal of eradicating gun violence in Jefferson County, EDTX (Eastern District of Texas) has recently designated one of its senior prosecutors to coordinate the efforts of local and federal law enforcement,” the U.S. Attorney’s Office said in a statement. “This senior attorney will also personally handle the resulting cases.”

Port Arthur Police Chief Tim Duriso said the department is filing some gun cases and this gives them an opportunity to submit gun cases on the federal level for prosecution.

“This gives up the opportunity to be able to affect violence being committed by some of the offenders,” Duriso said.

“They have helped us with some cases, and we are fortunate to have their assistance,” Arnold said.

Groves City Marshal Norman Reynolds Jr. said anything that can be done to proactively reduce gun violence in the community is a step in the right direction.

He also said police recognize the issue is the responsibility of everyone, not just law enforcement, but individuals, prosecutors and judges.

The community can help keep guns out of the hands of criminals by securing their weapons and leaving them in vehicles or securing them inside their homes.

“It’s very rare they’re the original gun owner,” Reynolds said. “While it’s important to strengthen the background checks, a lot of times it doesn’t really apply to the violent shootings and so forth.”

Reynolds reiterated the U.S. Attorney’s aggressive approach in prosecuting is a step in the right direction.

Paul Lemoine, Port Neches Police chief, said when the U.S. Attorney’s Office becomes aggressive with those involved with firearms it is basically removing the offenders from the streets.

Additionally, the firearms used in the violent crimes were most likely not purchased from a licensed gun dealer.

When there is a spike in auto burglaries — as there was just a few months ago — those weapons end up being used for the violent crimes. The only thing that is effective is to remove the criminals from the street, Lemoine said

PNPD has worked with the U.S. Attorney’s Office in the past on investigations, he said.

According to the U.S. Attorney’s Office the new initiative has already produced results. On Monday, 23-year-old Derrick Gloude of Beaumont appeared before United States Magistrate Judge Keith Giblin on charges of Hobbs Act robbery and brandishing a firearm during a crime of violence.

Gloude is accused of robbing seven different stores in Beaumont at gunpoint with a purple-colored gun, doing so from Nov. 9 through Nov. 16, 2020. He was ordered detained in federal custody pending trial. Earlier this month, 24-year-old Tremaurice Arthur Randall of Beaumont, was sentenced to 114 months in federal prison for carjacking and brandishing a firearm during a crime of violence.

“An aggressive approach to violent crime is, and remains, a priority for both the Department of Justice and the Eastern District of Texas,” U.S. Attorney Stephen Cox said. “If you are a felon in possession of a firearm, or if you use a firearm to commit a violent offense, our office will use all available resources to bring you to justice.”

This initiative is a part of Project Guardian, the Department of Justice’s signature initiative to reduce gun violence and enforce federal firearms laws.

Initiated by the Attorney General in the fall of 2019, Project Guardian draws upon the Department’s past successful programs to reduce gun violence; enhances coordination of federal, state, local, and tribal authorities in investigating and prosecuting gun crimes; improves information-sharing by the Bureau of Alcohol, Tobacco, Firearms and Explosives when a prohibited individual attempts to purchase a firearm and is denied by the National Instant Criminal Background Check System (NICS), to include taking appropriate actions when a prospective purchaser is denied by the NICS for mental health reasons; and ensures that federal resources are directed at the criminals posing the greatest threat to our communities.