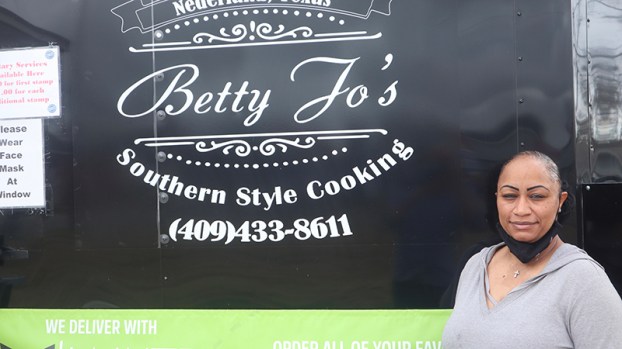 Just off Gulfway Drive, there is a small food truck that packs a big, soulful punch.

LaShaunda Colvin said she got the idea for Betty Jo’s Southern Cooking in 2017 after noticing there was a dearth of soul food trucks.

“You always see your taco trucks and hamburger stands,” she said. “You can see a turkey wing hut. I figured people need something comforting, too.”

Colvin was spurred on by her dad to make the move.

“I thought about it for a year,” she said. “I brought it to my dad’s attention and he kept telling me that food sells. He said that it doesn’t hurt to just try it.” 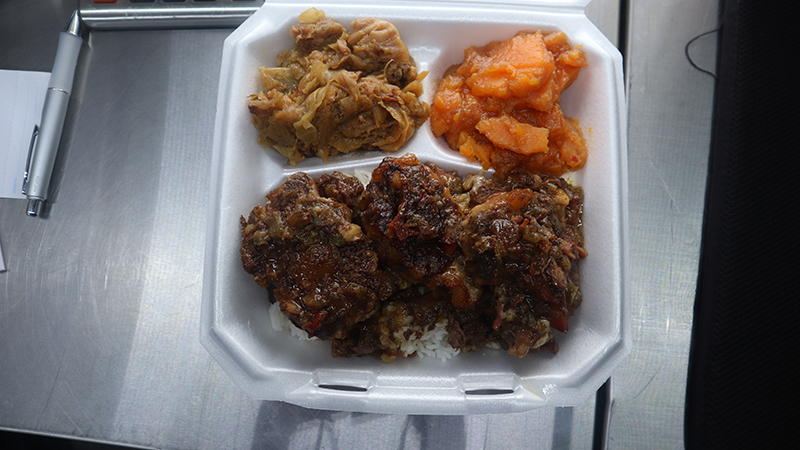 Oxtails is one of the most popular items on the menu at Betty Jo’s Southern Cooking. (Chris Moore/The News)

The eatery is named after Colvin’s cousin.

She hopes she can one day turn the truck into a standalone restaurant.

“I want it to be nice where people can rent a room for a party of so many and be secluded off, almost like Wheelhouse,” she said. “I want people to be able to enjoy themselves when they come and eat. I always want feedback. Whatever you tell me, I want make something better.”

“Anything that is Southern, that is what we cook,” Colvin said. “Sometimes we have fried chicken wings and fried pork chops and grilled pork chops.” 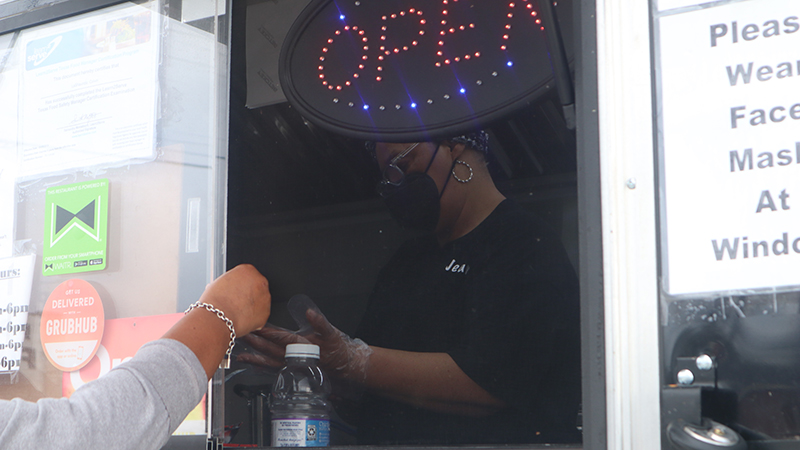 Colvin said she’ll add salads back to her menu at the beginning of the New Year.

Those wishing to taste some of the savory food can call in an order, have food brought to them by using food delivery apps such as DoorDash and Waitr.

“A lot of times I start getting orders around 7 a.m., especially on Wednesdays because that is oxtail day,” Colvin said. “That is the special day. That is the hot item right now. I get a lot of order for Cheniere. I have to drive out to Cameron (Louisiana), try to get their delivery done early that morning. Sometimes, I have orders from Motiva and Valero, too.”

Salads won’t be the only new addition to the menu, Colvin said.

“We are going to start offering breakfast in the mornings,” she said.

Colvin’s love for cooking was passed down from her mother Jeanette Guillory and has been in the family for generations.

“I was young and helping her cook smothered chicken, rice and gravy and vegetables,” she said. “My grandmother cooked, too. We just come from a family that loves to cook.” 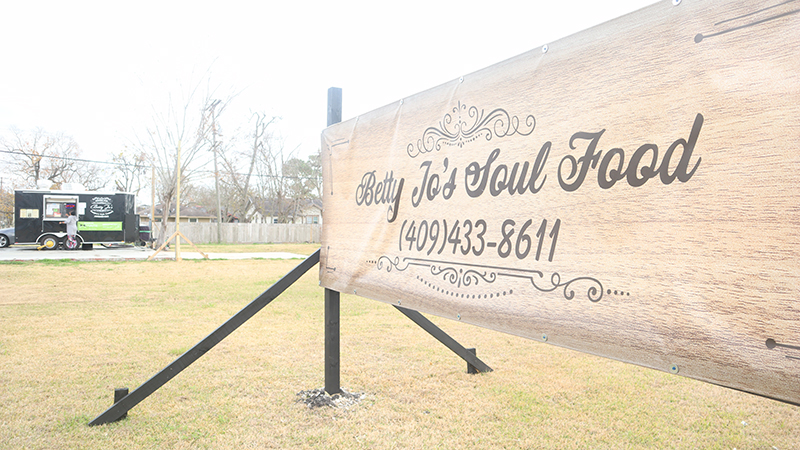 Colvin’s day starts at about 5 a.m., when she starts to prepare her food for the day at a separate location. She only cooks in the food truck if she runs out of an item that can be made relatively quick.

While she is skilled in the kitchen, Colvin tries to avoid cooking at family events.

“Normally, I am the one that wants to eat,” she said laughing. “I like to taste everyone’s food and then try to make it. As I got older and learned how to cook, I learned everyone’s recipe and made it my own. I don’t ask how they make it. I’m like Guy Fieri. I’ll taste a food and try to know exactly what is in it. Then, I go back and try to recreate it with my own twist to it. It is trial and error.”

Officials with local law enforcement agencies are pleased with the news that the U.S. Attorney’s Office is moving toward more... read more