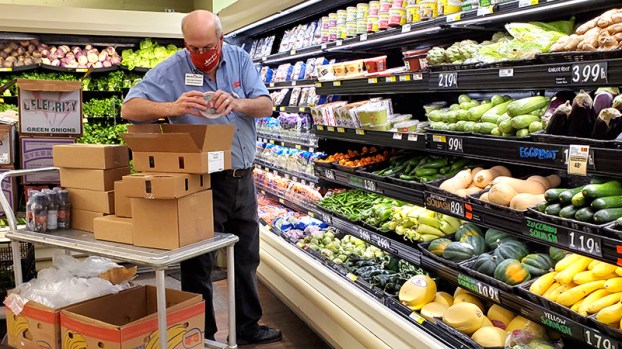 GROVES — The Southern tradition of serving black-eyed peas and cabbage, or some other green, on New Year’s Day continues with the thought of bringing prosperity and money to those who eat them.

And each family seems to have their own version of the tradition.

Dodie LaBove grew up in New Orleans and said the greens of cabbage and black-eyed peas meant luck and money for the whole year for her family.

“My mother was always in a panic to get the new year off right,” LaBove said. “We had to have the green cabbage for money and the black-eyed peas for luck, no matter what. To this day, we’re gonna have peas and cabbage. We eat a good amount of it to make sure.” 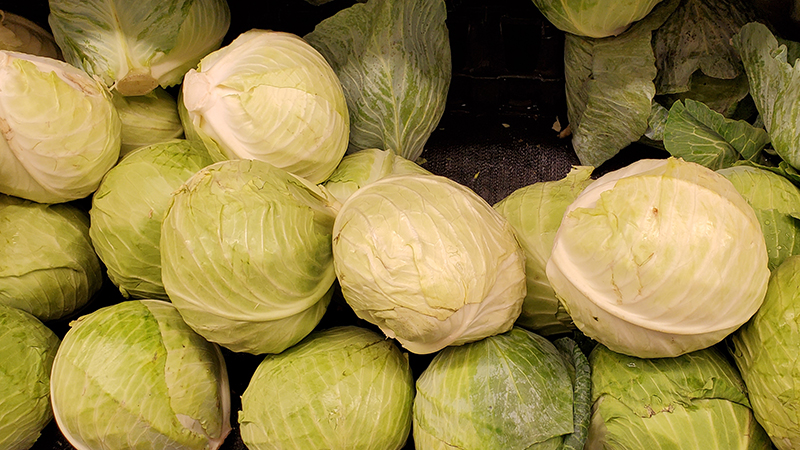 More cabbage is on the way to Bruce’s Market Basket in preparation of the rush for the New Year’s Day meal Southern staple.

Dodie’s husband, Jim LaBove, recently released a book, Splendor in the Salt Grass: A Celebration of Untold Stories in Cajun History, regarding his family’s business, Cotton’s Seafood in Sabine Pass. Food is a part of the family culture and they spent Christmas Eve preparing a seafood feast for their family.

But on New Year’s Day, she knows her sister and others will be eating cabbage and peas, no matter where they are.

“Once you start eating it, it tastes good,” she said, adding something more, such as a spiral ham, makes the meal complete.

But, LaBove said, this combo is just a once-a-year deal for her.

Elke Portley, a Port Arthur native, said cabbage brings money, and the peas bring luck — and you can’t have the cabbage without pigtails in it.

Another family tradition for Portley is taking a piece of cabbage and letting it dry out on a napkin or foil and keep in your wallet — “it’ll bring you money all year.”

Ann Guidry’s family tradition for the New Year means they must eat black-eyed peas and cabbage. 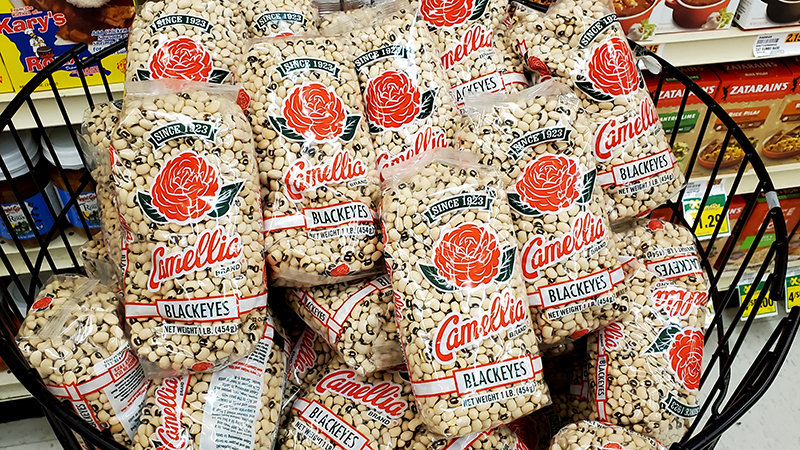 Camellia brand dried black-eyed peas for those wishing to get a jump start on the New Year’s Day menu. (Mary Meaux/The News)

The way the dishes are prepared doesn’t really matter, she said.

“Usually we eat the cabbage as a casserole or cabbage rolls,” Guidry said. “But there is one very important detail. We must leave one black-eyed pea uneaten on the plate. I’m not really sure what would happen if you ate all of them, but what I do know, is that would be very, very bad for the year to come.”

Her family really doesn’t believe in superstitions but these are traditions that must not be broken, she added, saying whatever you do, don’t forget to leave one black-eyed pea on your plate.

Local stores such as Bruce’s Market Basket is preparing for the upcoming holiday even as one holiday passes.

Produce manager Carlton Strange was busy stocking fresh items earlier this week as shoppers picked and chose their items. There was no big display of cabbage, yet.

The fresh cabbage and fresh black-eyed peas will arrive soon and then comes the mad dash for the items.

“About Wednesday they (customers) start coming in,” said Strange, who has worked for Market Basket for 18 years, 17 of those in Beaumont and one at the Groves location. “And we’ll get hit hard the day before New Year’s. That’s when we sell the majority of our cabbage.”

Strange’s family also follows the traditional Southern meal, black-eyed peas and cabbage as well as a pork roast, rice and gravy and macaroni and cheese, he said.