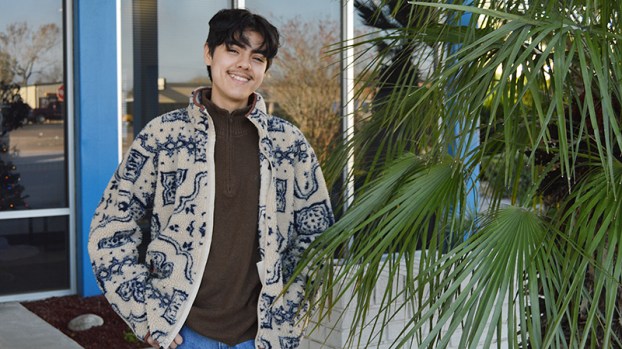 Eric Barragan’s love of computers started as a 3-year-old logging onto nickjr.com, then grew as he became older.

He later developed an appreciation for psychology while in high school as part of classes he took at Lamar University, where he enjoyed learning about cognitive skills.

“I was surprised to find there was a mix for both of them as I was battling what I wanted to do with my life for a couple of years,” Barragan said.

The Bob Hope School senior with a 4.3 weighted GPA is applying to Columbia University and Vassar College with hopes of a New York college experience that focuses on computer and cognitive sciences. 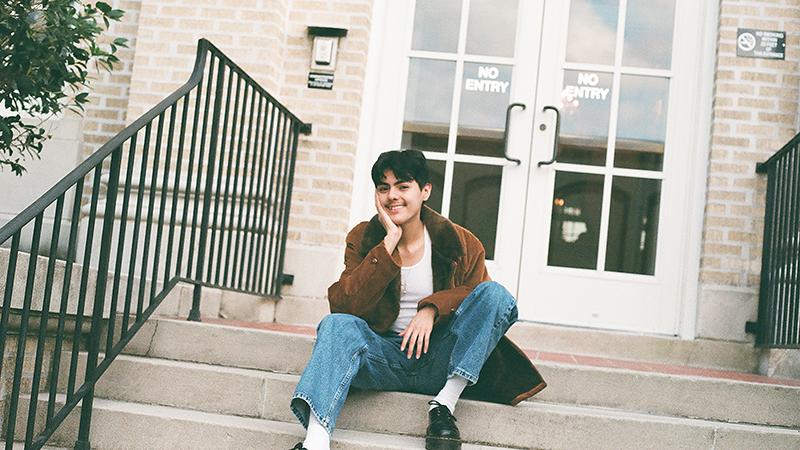 Eric Barragan sits on the steps of the Julie Rogers Theater on Pearl Street in downtown Beaumont. (Courtesy photo)

Barragan is set to graduate this school year, but he’s doing a lot more than hitting the books.

Barragan was in Bob Hope teacher John McLendon’s class in seventh and eighth grades, where the teacher noticed a bright middle schooler who at one time lacked confidence.

“Eric stood out from the crowd because he was always very persistent like a perfectionist, making sure what he turned in was a quality piece of writing and he understood what he was supposed to do,” McLendon said. “I think that quality of persistence and doing what needed to be done to do a good job has paid off for him in the end.

“Now he is a senior. He has confidence. He has figured out what he wants and who he is, which is more than can be said for a lot of seniors. I think he stands out from the crowd in that respect. I am really proud of him. He has always been very special to me. It was a privilege to foster and work with him in the seventh and eighth grades.”

Barragan’s work ethic manifests itself at his job, where he puts in as many as 35 hours a week as a merchandise associate at T.J. Maxx.

Barragan said his family embraces traditional Mexican culture, where there is an expectation of hard work. It has inspired his drive throughout his life.

“I’ve gotten used to it, honestly, but when I talk to other people about everything I do, they are always surprised at how much I actually do,” he said.

Barragan looks up to his family members and has also accepted the responsibility of what it means to be his family’s first generation in the United States.

“They went through so much trying to come here and have a better life,” he said. “I would feel like a disappointment if I let them down because they put so much of their lives at risk. My mom didn’t see her mother for almost 10 years. She only saw her toward the end of her mother’s life, so it was heartbreaking for her. My dad, he has been coming to the United States since he was 15. They have had a very hard life from Mexico to here.”

Those strong family bonds will be tested somewhat as Barragan pursues a college experience that takes him away from his close-knit family.

Barragan jokes that his parents don’t want him to move away because he is the youngest and the only one who expresses a desire to leave the state.

That type of independent thought was something McLendon noticed Barragan expressed strong feelings about social issues in middle school.

“He had conviction and belief about things that I was able to watch grow and mature that some of his classmates could probably care less about,” McLendon said. “He knew about current events, and social justice was important to him. He has continued to mature in that way and has his own set of unique beliefs for what he thinks is right or wrong in the world. It’s always nice when students have strong convictions.” 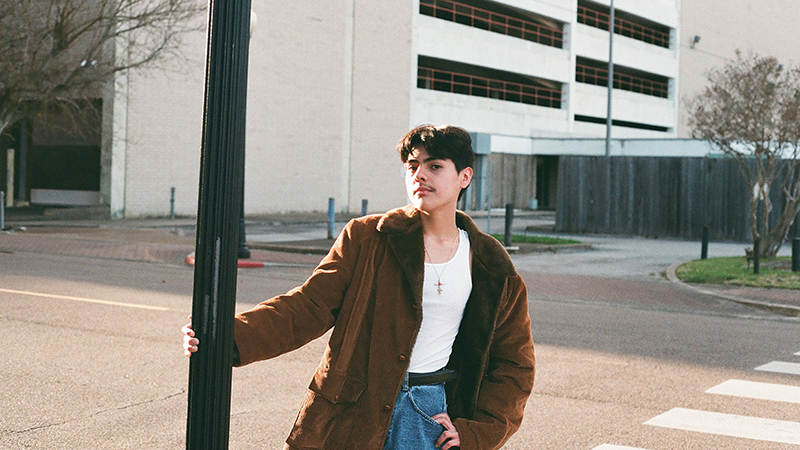 Eric Barragan is applying to Columbia University and Vassar College with hopes of a New York college experience that focuses on computer and cognitive sciences. (Courtesy photo)

On November 16, 2020, the Port Arthur Planning and Zoning Commission voted “no” on the proposal to change the zoning... read more