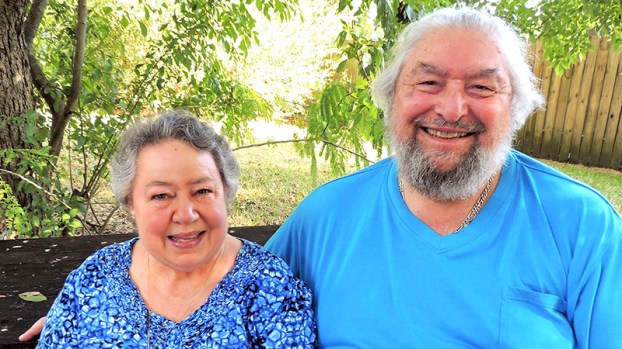 Don was born in Oakland, CA the eldest child of Richard Nebel and Edith (Hollar) (Nebel) Reed on February 3, 1937 and grew up in northern Iowa.

Don served in the Airforce while Charlene attended the University of Nebraska.

They met at a USO club in Lincoln, NE where he was stationed. They married on November 23, 1963 in Lincoln. They had two daughters, Lisa Margaret in 1964 and Theresa Dawn in 1966 and 55 wonderful years together.

After moving around in the Air Force, they settled in Council Bluffs, IA for a decade before relocating to Port Arthur, TX in 1980.

Don worked in communications and electronics most of his life, finally teaching for PAISD for the remainder of his career.

Charlene worked in school media centers for years before completing her bachelors and masters degrees to become a teacher and child librarian for PAISD.